MS Dhoni is not a part of the Indian Test team and has some spare time now. 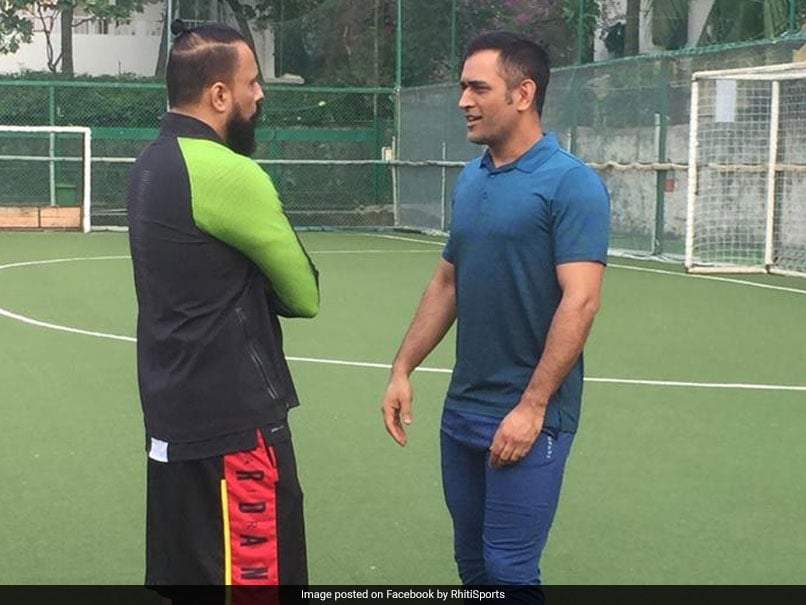 MS Dhoni was pictured playing some football in his time away from cricket.© Facebook

MS Dhoni was part of the Indian cricket team that beat Bangladesh in a thrilling final to clinch its seventh Asia Cup title. MS Dhoni might not have had a spectacular tournament with the bat but was once again impressive behind the stumps. With the Indian team's focus now shifting to the two-match Test series against the Windies, Dhoni, who retired from Test cricket in 2014, has some time off. On Sunday, the former India captain was pictured taking part in a charity football game with Bollywood stars like Aditya Roy Kapur, Kunal Khemu, Ishan Khatter, Dino Morea and American singer Nick Jonas.

Bollywood star Priyanka Chopra took to Instagram and posted a picture of fiance Nick Jonas along with Dhoni and others.

India, in the absence of captain Virat Kohli, beat Bangladesh in a last-ball finish to retain the Asia Cup title.

In the Super Four match against Afghanistan, stand-in skipper Rohit Sharma was rested and Dhoni stepped up to captain the side in ODIs again -- for a record 200th time.

After Ricky Ponting and Stephen Fleming, Dhoni became only the third cricketer to captain in 200 ODIs.

During the tournament, Dhoni also completed a total of 800 dismissals in the field, becoming the first Asian player and third overall to do so.

The Indian superstar is behind South African cricketer Mark Boucher (998) and Adam Gilchrist (905) of Australia.

Courtesy his exploits in the Asia Cup final, Dhoni (184) has now extended his lead for most stumpings in international cricket. Dhoni is followed by Kumar Sangakkara (139) and Romesh Kaluwitharana (101) in the list.

MS Dhoni Asia Cup 2018 Cricket
Get the latest updates on ICC T20 Worldcup 2022, check out the Schedule and Live Score. Like us on Facebook or follow us on Twitter for more sports updates. You can also download the NDTV Cricket app for Android or iOS.