MS Dhoni is is now third in the list for the most number of dismissals in Tests, ODIs, and T20Is combined. 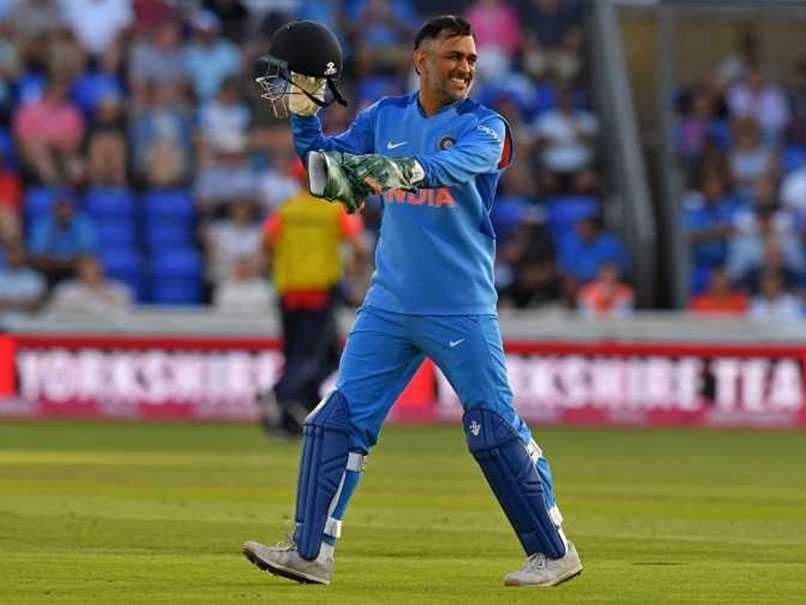 Former India captain MS Dhoni on Friday once again proved why he is regarded as one of the greatest wicketkeepers of all time. During the Asia Cup 2018 final match between India and Bangladesh, Dhoni became the first Asian cricketer to register 800-plus dismissals in international cricket. He is now third in the list for the most number of dismissals in Tests, ODIs, and T20Is combined. The Indian superstar is behind South African cricketer Mark Boucher (998) and Adam Gilchrist (905) of Australia.

It was in the 43rd over of the match when Dhoni registered his 800th dismissal in international cricket. Kuldeep Yadav, who registered figures of 3/45, bowled a googly wide of the off stump to Mashrafe Mortaza. The Bangladesh captain shimmied down the wicket but failed to make the connection.

Dhoni, behind the stumps, collected the ball with ease and made no mistakes as he whipped off the bails in a flash, leaving Mortaza stranded.

Courtesy his exploits in the Asia Cup final, Dhoni (184) has now extended his lead for most stumpings in international cricket. Dhoni is followed by Kumar Sangakkara (139) and Romesh Kaluwitharana (101) in the list.

On the match front, India captain Rohit Sharma won the toss and invited Bangladesh to bat. Opener Liton Das batted brilliantly to hit his maiden ODI century as Bangladesh looked comfortable to put a competitive total on board.

However, the Indian bowlers had other plans in mind as they picked up regular wickets in the middle overs to stem the flow of runs. After Liton's dismissal, Bangladesh failed to gain their momentum and suffered a batting collapse before being bundled out for a meagre 222.

MS Dhoni Asia Cup 2018 Cricket India vs Bangladesh, Final
Get the latest updates on ICC Women's Cricket World Cup 2022 and IPL 2022, check out the Schedule , Live Score and IPL Points Table. Like us on Facebook or follow us on Twitter for more sports updates. You can also download the NDTV Cricket app for Android or iOS.