Money And Muscle: India Ahead In Asia As ICC World Cup 2019 Looms

India won the Asia Cup title in Dubai, outlasting Bangladesh by three wickets off the last ball in the final. 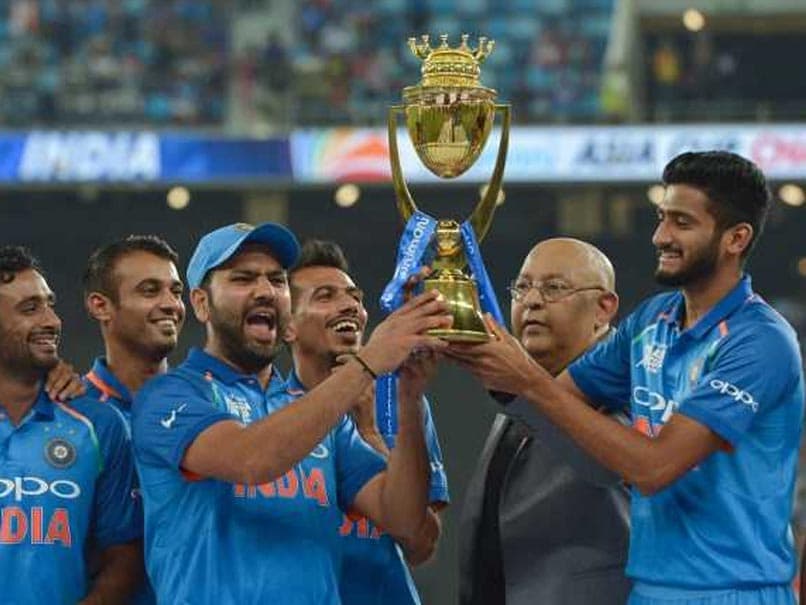 With their powerful batting and fast improving bowling, India are Asia's best hope at the ICC World Cup 2019 which takes place in England next year. Even without batting star and regular captain Virat Kohli, India powered their way to the Asia Cup title in Dubai, outlasting Bangladesh by three wickets off the last ball in the final. "India proved to be well ahead of everyone," former Pakistan skipper Wasim told AFP. "Their exposure is greater, they have financial benefits and the money invested in their system like the Indian Premier League is bearing fruits."

He added: "It's hard to predict eight months in advance but I am sure Pakistan will bounce back. They have some serious work to do in both bowling and batting. Bangladesh have an inspirational captain in Mashrafe Mortaza and Afghanistan is becoming a dangerous team."

Bangladesh, led by Mortaza, fought hard to beat higher-ranked Pakistan and Sri Lanka, who both require some serious work ahead of the World Cup starting from May 30.

Fast-rising Afghanistan, who had to qualify for the World Cup, proved they will be a thorn for many teams with their wicket-taking spinners Rashid Khan and Mujeeb Ur Rahman and a never-say-die spirit.

Champions Trophy holders Pakistan had promised more at the Asia Cup but failed to deliver, unable to put up a fighting total as 162 and 237-7 could not challenge a powerful Indian batting line-up.

"It's a confidence thing," said Arthur after two defeats against India. "These guys work every day on their catching, but the minute one goes down, it's kind of like a disease.

"We've got to trust the skills to come out in the end. We've banked the work. It's time for that to pay off."

While Rohit Sharma will continue to challenge Kohli as stand-in captain, Sri Lanka's Angelo Mathews was not only forced to step down but was also dropped from the squad for the forthcoming England one-day series.

Afghanistan on the rise

Afghanistan shocked Sri Lanka and Bangladesh in the first round at the Asia Cup.

Every time Afghanistan bat first and score 250-plus they will cause problems for the rivals through Rashid who on Sunday became the number one allrounder in one-day cricket besides being number two bowler in that format.

Afghanistan's best came against a depleted India -- resting Rohit Sharma, Shikhar Dhawan, Jasprit Bumrah, Bhuvneshwar Kumar and Yuzvendra Chahal -- as they tied the game in the last over.

Only a three-run defeat off the last ball against Bangladesh deprived Afghanistan from a place in the final.

"We have sounded a warning for the World Cup teams," said Afghanistan captain Asghar Afghan. "We need to work in a few areas so we have time to do that before the World Cup."

Rohit Sharma Asia Cup 2018 World Cup 2019
Get the latest updates on IPL Auction 2023 and check out  IPL 2023 and Live Cricket Score. Like us on Facebook or follow us on Twitter for more sports updates. You can also download the NDTV Cricket app for Android or iOS.