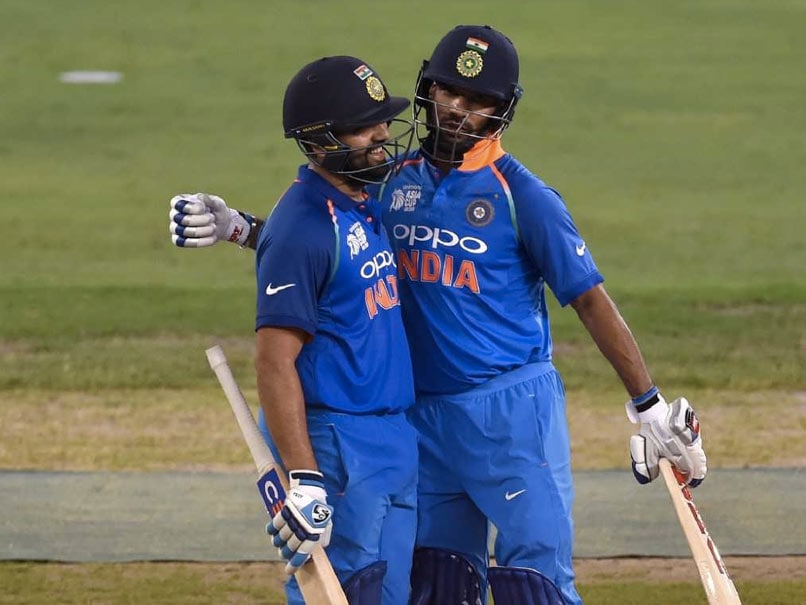 Team India retained the Asia Cup with a three-wicket win against Bangladesh.© AFP

Under the leadership of stand-in skipper Rohit Sharma, Team India retained the Asia Cup with a three-wicket win off the last ball against a fighting Bangladesh, who were anchored by a maiden hundred from opener Liton Das in Dubai on Friday. Consequently, Rohit, who led India to their seventh Asia Cup triumph, has gained two spots in the ICC rankings for one-day international batsmen.

The Indian opener now sits at number two, only behind his regular captain Virat Kohli on the list. The right-hander scored 317 runs in five innings in the competition, scoring one century and two half-centuries for a batting average of 105.66.

His opening partner, Shikhar Dhawan, also took giant strides on the list, climbing four spots to sit at number five. The left-hander was the leading scorer in the recently-concluded Asia Cup, accumulating 342 runs in five innings with two centuries to his name.

Moreover, Jasprit Bumrah retained his spot at the summit of rankings for bowlers. The pacer was in brilliant form throughout the Asia Cup, especially in the death overs, where he did not concede a single boundary in more than nine overs. With eight wickets in four games, he was the fourth-leading wicket-taker of the tournament.

Afghanistan's Rashid Khan, who picked up the most wickets in the competition, moved up to No.1 in the all-rounders' list and held on to his spot behind Bumrah among the bowlers.

With 10 wickets in six games, Kuldeep Yadav climbed three spots to sit at No.3 on the list, his best-ever rank.

The other Indian to make massive gains after the triumphant campaign in Dubai and Abu Dhabi was Ravindra Jadeja, who marked his comeback to the ODI team with seven wickets for not too many in four outings. He moved up 14 places to No.39.

Shikhar Dhawan Kuldeep Yadav Rashid Khan Asia Cup 2018 Cricket
Get the latest updates on Fifa Worldcup 2022 and check out  Fifa World Cup Schedule, Stats and Live Cricket Score. Like us on Facebook or follow us on Twitter for more sports updates. You can also download the NDTV Cricket app for Android or iOS.