Asia Cup 2018: Virat Kohli Has A Special Message For Bangladesh After Loss To India

India defeated Bangladesh by three wickets in a nail-biting contest to lift the Asia Cup title for the seventh time in the history of the tournament. 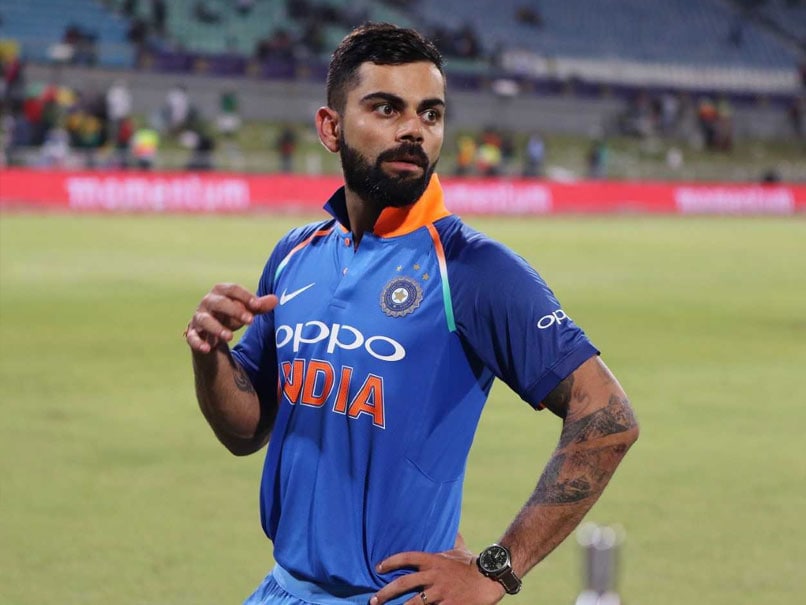 Virat Kohli was rested for the Asia Cup 2018© AFP

Virat Kohli on Saturday showered praise on the Indian cricket team for their 3-wicket triumph over Bangladesh in the Asia Cup final. Virat Kohli also posted a special message for Bangladesh on his official Twitter account. Congratulating them for giving India a tough fight, Virat Kohli wrote, "Congrats to Bangladesh as well for giving a tough fight." "Great job by the guys to win that tight game last night. @BCCI Seventh Asia Cup title for us. @BCBtigers #AsiaCupFinal #AsiaCup2018Final", he posted on Twitter.

Great job by the guys to win that tight game last night. @BCCI
Seventh Asia Cup title for us
Congrats to Bangladesh as well for giving a tough fight. @BCBtigers #AsiaCupFinal #AsiaCup2018Final pic.twitter.com/hTHGSkq1kN

India retained the Asia Cup title by beating Bangladesh in a last-ball finish at the Dubai International Cricket Stadium on Friday. In what was a repeat of the 2016 final (played in T20I format), India overhauled the 223-run target set by Bangladesh on the final ball of their innings. Liton Das hit a maiden ODI century for Bangladesh but found no support from the other batsmen. It was a spirited effort from the Bangladesh team in the field but some solid batting from India's lower order thwarted the Bangladeshis.

Ravindra Jadeja and Bhuvneshwar Kumar showed steely grit under difficult circumstances. The duo found the going hard initially but grew into their role. Jadeja (23) and Bhuvneshwar (21) strung together a 45-run stand for the sixth wicket to take India to the brink of victory.

India then required six off the last over and one off the final delivery which came as a leg-bye. Kedar Jadhav finished with 23 not out.

Rohit Sharma Asia Cup 2018 India vs Bangladesh, Final Cricket
Get the latest updates on ICC Women's Cricket World Cup 2022 and IPL 2022, check out the Schedule , Live Score and IPL Points Table. Like us on Facebook or follow us on Twitter for more sports updates. You can also download the NDTV Cricket app for Android or iOS.