Left-arm spinner Harsh Tyagi starred with the ball as India beat Sri Lanka in the final to clinch the U-19 Asia Cup 2018 title. 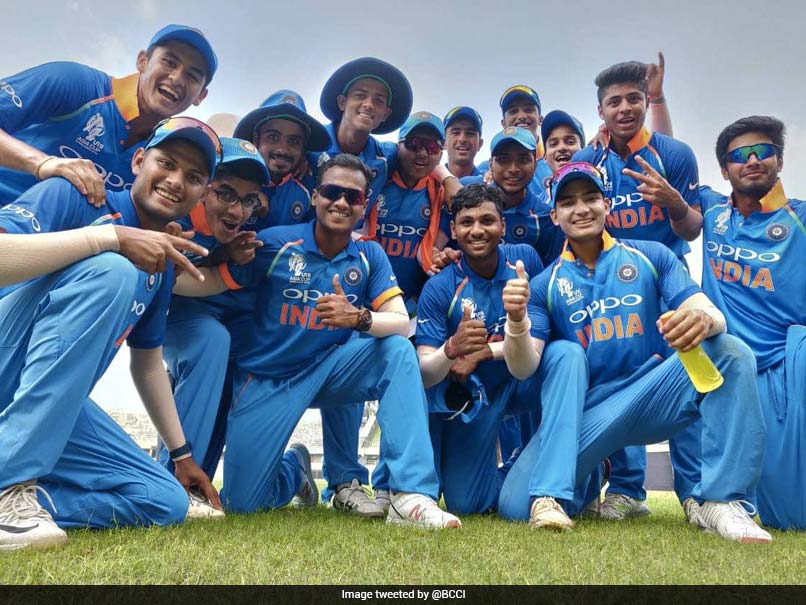 India defeated Sri Lanka by a mammoth 144 runs to clinch the Under-19 Asia Cup 2018 title in Dhaka on Sunday. After a collective performance with the bat, left-arm spinner Harsh Tyagi took six for 38 as Sri Lanka were bundled out for 160 in 38.4 overs. India captain P Simran Singh elected to bat after winning the toss and the batsmen didn't disappoint as India amassed a total of 304 for three in 50 overs. Openers Yashasvi Jaiswal and Anuj Rawat strung together a 121-run partnership for the first wicket. Both the batsmen notched up half-centuries, laying the foundation for a big total.

Jaiswal scored a brilliant 85 that included eight boundaries and a six. On the other hand, Anuj Rawat scored 57 off 79 balls before getting trapped in front of the stumps by Dulith Wellalage.

Post the departure of the openers, skipper P Simran Singh took matters into his own hands and stitched a brilliant 110-run partnership with Ayush Badoni.

P Simran Singh played brilliantly against the Sri Lankan bowlers, smacking them all over the park. During his unbeaten 65-run knock, the Indian skipper struck three boundaries and four sixes.

Chasing a target of 305, Sri Lanka got off to a poor start. The team lost Nipun Dananjaya (12) early as pacer Mohit Jangra dismissed the Sri Lankan skipper in the seventh over.

The batsmen seemed clueless against the Indian spinner as Tyagi claimed six wickets for 38 runs. Desai too played his part from the other end, bagging two wickets as the islanders were bowled out in the 39th over.

Sri Lanka U19 Asia Cup 2018
Get the latest updates on IPL Auction 2023 and check out  IPL 2023 and Live Cricket Score. Like us on Facebook or follow us on Twitter for more sports updates. You can also download the NDTV Cricket app for Android or iOS.