James Anderson claimed nine wickets in the Lord's Test, which England won by an innings and 159 runs. 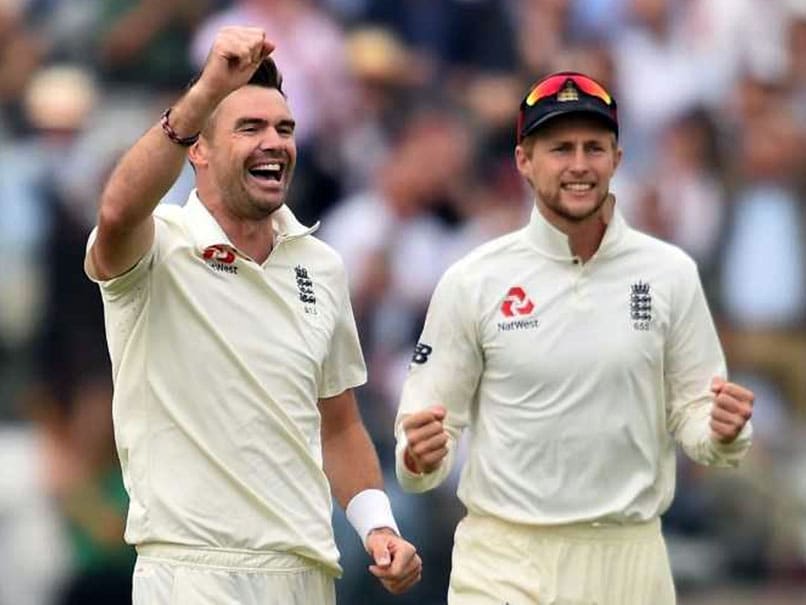 James Anderson took five wickets in the first inning and added another four in the second as England completely outclassed India at Lord's. The hosts inflicted a crushing innings and 159-run defeat on the visitors to take a 2-0 lead in the five-match Test series. Following the Anderson's Lord's exploits, captain Joe Root hailed England's leading all-time Test wicket-taker and called him a "special, special commodity". Anderson's match figures of nine for 43 also helped him become the first bowler to take 100 Test wickets at the 'Home of Cricket'.

"He's something that doesn't come along very often and we've got to enjoy him while he's around," he added.

"There's been chat about his longevity but at the minute he's bowling better than he ever has before. Time and again, he puts in fantastic performances.

"For him to be performing as he is, is something else.

"Even though the conditions suited (him), you've still got to put the ball in the right area and ask the right questions of the batters.

"Throughout the whole game he did just that, he set the tone well with Stu (Broad), as a whole bowling group we were really, really good."

Despite Anderson's brilliant showing, another Englishman grabbed the headlines. Chris Woakes was named the 'Man of The Match' for his "outstanding" performance with both the bat and ball.

Woakes came into the England playing XI after Ben Stokes had to sit out due to his ongoing trial for affray. However, Woakes more than made up for Stokes' absence smashing 137 not out -- his maiden Test century -- and ending the match with four wickets in the bag.

Woakes along with Jonny Bairstow (93) shared a mammoth 189-run partnership that pretty much ended India's hopes of making a comeback.

"Ben is obviously a huge part of this squad, so it's a miss him not being here this week," said Root.

"But what it did was create an opportunity for Chris to come in and perform -- and boy, he didn't disappoint did he?

"He was outstanding. That's something we really want to harness as an example to the guys in and around the squad -- when you get your chance, make it as hard as possible to leave you out.

"It's a great headache to have for us, going into next week."

Only once in the 141-year history of Test cricket have a side come from 2-0 down to win a five-match series, when an Australia side inspired by batting great Donald Bradman rallied to beat England back in 1936/37.

But Root, having seen England beat India by just 31 runs in a see-saw first Test at Edgbaston, was in no mood to take anything for granted.

"India are doing everything they can, but...we've given them nothing. I don't see any lack of fight, or lack of trying (from them).

"Obviously, it would be a dream to put in five complete performances and have five wins. But it's important we don't get complacent, arrogant."

James Anderson England vs India, 2018 England vs India, 2nd Test Cricket
Get the latest updates on IPL 2021, check out the IPL 2021 Schedule and Indian Premier League Live Score . Like us on Facebook or follow us on Twitter for more sports updates. You can also download the NDTV Cricket app for Android or iOS.