KL Rahul and Hardik Pandya will be on a television show in the coming week. 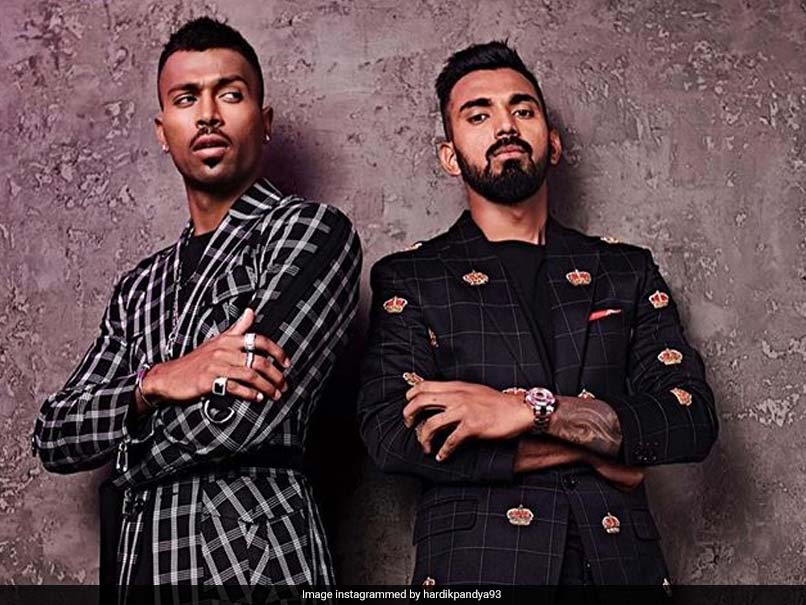 KL Rahul and Hardik Pandya are two of the bright prospects of Indian cricket.© Instagram

KL Rahul and Hardik Pandya are two of the bright prospects of Indian cricket. However, top-order batsman KL Rahul failed to impress in the ongoing Test series against Australia while all-rounder Hardik Pandya missed the Test series as he was recovering from an injury sustained during the Asia Cup 2018. The duo, who has made appearances together for the Indian cricket team, will be seen together on Koffee with Karan next week. In a promo of the TV series, KL Rahul revealed that there have been occasions when people have asked if he was dating Hardik Pandya.

Rahul, who was picked for the Adelaide and Perth Tests managed to score only 48 runs from the four innings. The 26-year-old has featured in 33 Tests for the national team, scoring 1,896 at an average of 35.77. He has also has the highest score of 199 runs in this format.

Hardik, on the other hand, was included in the One-day International (ODI) squads that will feature against Australia and New Zealand.

The 25-year-old, who has been crucial with his all-round performance, has played 11 Tests, 42 ODIs and 35 T20Is for the national team.

Hardik averages 29.13 in the ODIs with the highest score of 83 runs from 42 matches.

Lokesh Rahul Hardik Pandya Cricket
Get the latest updates on India vs South Africa and check out  Schedule, Results and Live Score. Like us on Facebook or follow us on Twitter for more sports updates. You can also download the NDTV Cricket app for Android or iOS.