MS Dhoni and Hardik Pandya played the roles of villagers in the video. 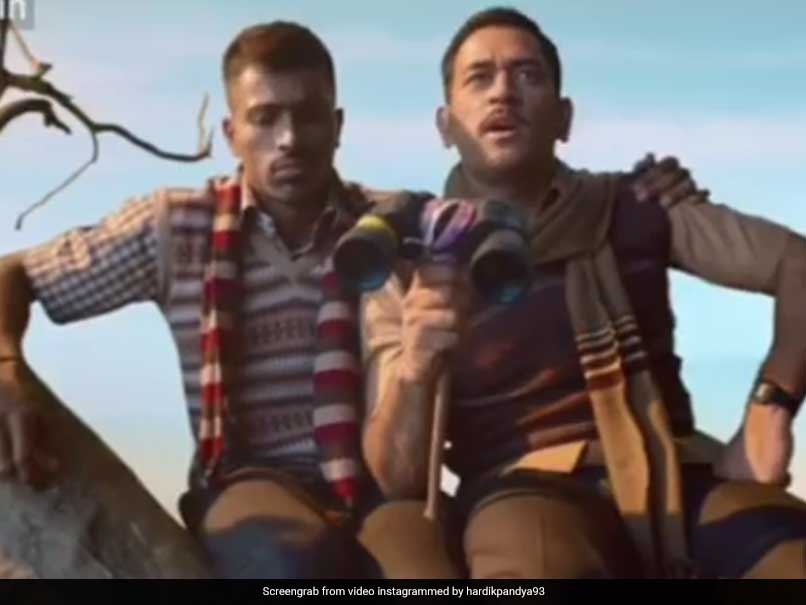 MS Dhoni and Hardik Pandya played the roles of villagers in the video.© Instagram

MS Dhoni and Hardik Pandya have shared a camaraderie on and off the field. Dhoni and Hardik, who were included in India's One-Day International (ODI) squad for the upcoming series against Australia, have also been spotted together, quite a few times, celebrating various occasions. While the national team were celebrating their Boxing Day Test victory in Melbourne, the duo grabbed the limelight by making appearance in an advertisement. In the advertisement, the duo have played the role of villagers, who are watching a cricket match sitting on a tree.

Dhoni is seen playing the character of Bittu bhaiya and speaking in bhojpuri with Hardik.

Hardik shared the video on Instagram. Watch it here.

Former Indian skipper Dhoni is also set to return to T20 International action as he was named in the squad for New Zealand series.

The 2011 World Cup winning captain's return to the squads comes after he was dropped from the shortest format against Windies and Australia.

A veteran of over 330 ODIs MS Dhoni averages over 50 with the highest score of an unbeaten 183.

Hardik, on the other hand, returned to the ODI squad that will feature against Australia after recovering from an injury that he sustained during the Asia Cup 2018.

MS Dhoni Hardik Pandya Cricket
Get the latest updates on SA vs IND 2021-22, check out the Schedule and Live Score . Like us on Facebook or follow us on Twitter for more sports updates. You can also download the NDTV Cricket app for Android or iOS.