KL Rahul made both his India A and India debuts in Australia. 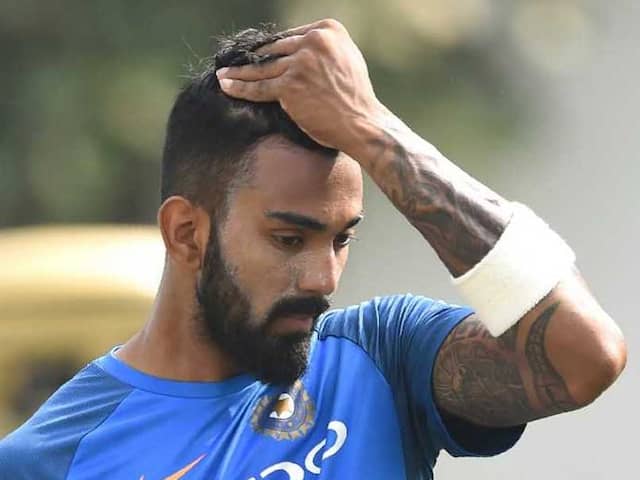 KL Rahul recounted couple of incidents from his first tour to Australia.© AFP

With the Twenty20 International (T20I) series over, the focus will now shift to the much-awaited four-match Test series between India and Australia. However, players from both teams have some time to spare with close to 10 days remaining for the start of the first Test in Adelaide (December 6). Taking advantage of this break, the BCCI posted an old video of three Indian cricketers -- KL Rahul, Dinesh Karthik and Washington Sundar -- enjoying their "cheat" day with a pancake extravaganza at an Australian restaurant in Brisbane, the host city of the 1st T20I that Australia won. While gorging on the popular breakfast staple, Rahul recounted couple of incidents from his first tour to Australia.

In the video, Rahul is seen telling Karthik and Sundar that he had made his India A as well as India debut in Australia.

SPECIAL: What's in a pancake? @klrahul11, @DineshKarthik & @Sundarwashi5 bond over breakfast
Some lip smacking pancakes, tales from Australia and the perfect "cheat meal" - throwback to the sumptuous time the lads had in Brisbane - by @28anand

Recalling some moments from his first Test at the Melbourne Cricket Ground, Rahul revealed how he received stick from Australian fans while fielding on the boundary.

"The crowd is really against us when we play here. They love their cricket but they will make our lives hard on the ground. That is why cricket in Australia is so exciting. When I played my first Test in Melbourne, I was standing at deep square leg and I couldn't even see Mahi bhai, he was trying to move me and I couldn't even see it. In the background you just couldn't pick it up and it's so far," said Rahul.

"Then, I went to deep square leg boundary and one of the guys in the crowd asked 'Mate, what's your name?'. They said hello and all but in 10 seconds, the whole section starts chanting 'Rahul is a wanker'," added the right-hander.

Rahul didn't fare too well in the T20I series, registering scores of 13 and 14 from his two outings and it remains to be seen whether he will make it to India's playing XI in the Tests.

Melbourne Cricket Ground Cricket
Get the latest Cricket news, check out the India cricket schedule, Cricket live score . Like us on Facebook or follow us on Twitter for more sports updates. You can also download the NDTV Cricket app for Android or iOS.