In 2008, Anil Kumble passed on the captain's mantle to MS Dhoni in all formats of the game. 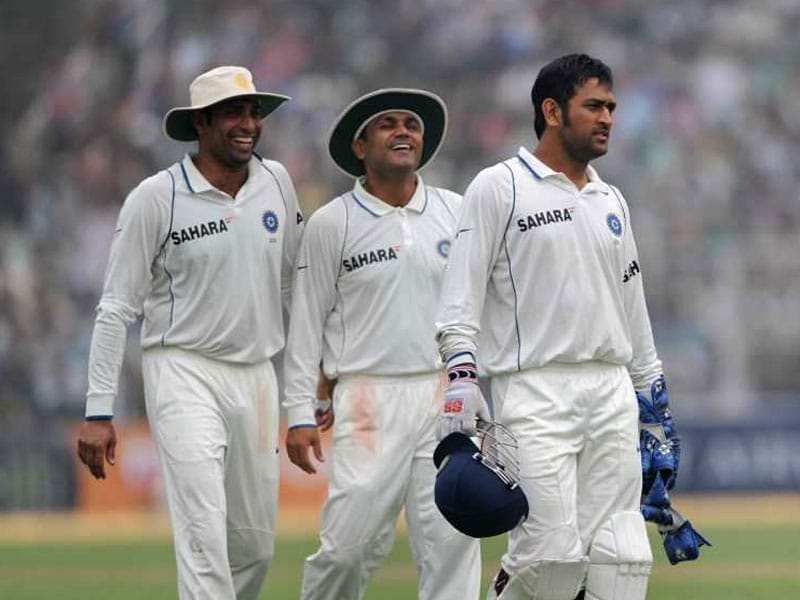 MS Dhoni never got flustered even when the team was not doing too well.© AFP

From taking a nap on the field to riding a Hummer H2 past the visiting New Zealand team in Ranchi, Mahendra Singh Dhoni's enigma on and off the field has been unrivalled. In his autobiography '281 and Beyond', former India batsman VVS Laxman has revealed a surprising event involving none other than MS Dhoni.  In 2008, after the third Test against Australia in Delhi, which was Laxman's 100th five-day game, Dhoni drove the team bus to the hotel. Interestingly, it was Anil Kumble's farewell Test and the spin legend had passed on the captain's mantle to Dhoni in all formats of the game.

"One of my abiding memories is of MS (Dhoni) driving the team bus to the hotel in Nagpur, during my 100th Test. I couldn't believe my eyes - the captain of the team driving us back from the ground! It was his first Test in charge after Anil's (Kumble) retirement, and he didn't seem to have a care in the world. But he was like that, playful and grounded. MS never lost the joy, the playfulness. I have never met anyone quite like him," Laxman wrote in his autobiography, according to a Hindustan Times report.

Laxman also revealed that Dhoni, who is well-known for his calm and composed demeanour, never got flustered even when the team was not doing too well.

Recollecting the 2011 series of England when the Indian team struggled, Laxman said that Dhoni's calmness was astounding.

"MS Dhoni's calmness and equanimity are legendary. He had seen nothing but success until the tour of England in 2011. We had lost 4-0 in England and had already lost the first three Tests in Australia by the end of that year, and were heading for another whitewash. I was a mess, as were most of the guys, but MS was unbelievably composed. Not once did he lash out, and at no stage did he give the impression that he was frustrated or helpless," Laxman wrote.

MS Dhoni VVS Laxman Cricket
Get the latest updates on ICC T20 Worldcup 2022, check out the Schedule and Live Score. Like us on Facebook or follow us on Twitter for more sports updates. You can also download the NDTV Cricket app for Android or iOS.