Bhuvneshwar Kumar, who was a part of the Test squad, wasn't picked in the playing XI during the four-match series against Australia. 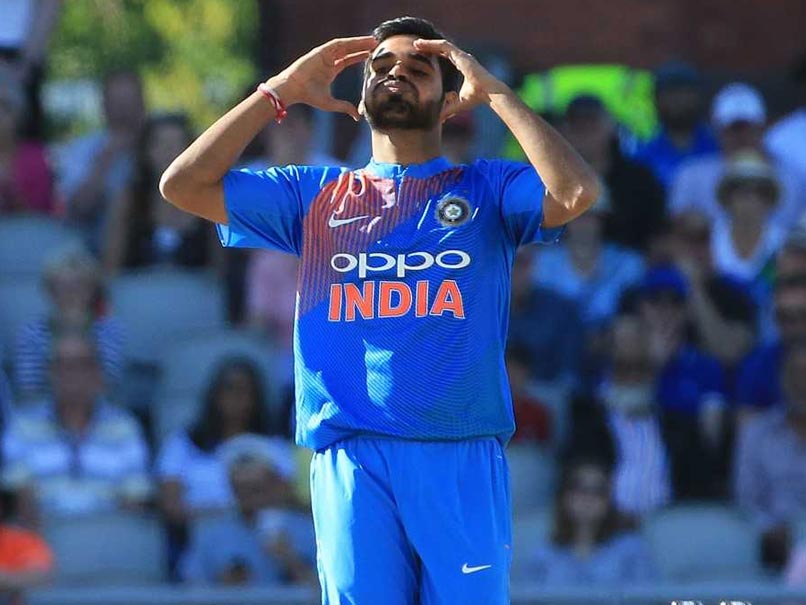 The first One-day International between India and Australia in Sydneydidn't pan out well for Bhuvneshwar Kumar, who went for 66 runs and picked only two wickets. And Kumar believes that not playing a single international match for a considerable amount of time can impact any bowler's match rhythm. Bhuvneshwar, who was a part of the Test squad, wasn't picked in the playing XI during the four-match series and did look rusty during the slog overs of the opening ODI. Asked if being out of competitive cricket for a month have an impact, he replied: "It (not playing regularly) did impact (my rhythm). Match rhythm is totally different when it comes to bowling. I was trying everything to be in rhythm in the nets.

"But it can't be a 100 per cent when you compare to a match (situation). It wasn't great in the last match (in Sydney) but it wasn't bad as well. It can improve, as the matches will go on," he added.

During the past one month, Bhuvneshwar was training hard to get into match rhythm. "I was trying everything to be in rhythm. In the nets, I wasn't planning or preparing to bowl in the ODIs. I was preparing like I have to play in any of the Tests. I was preparing in that manner. There wasn't anything specific that I could do.

"But it was just normal bowling and increasing the number of overs. If I was bowling 4 overs (to start with), then go to 6, then 8, then 10. The key thing for me is to be niggle-free and be in bowling rhythm," the UP seamer said.

Bhuvneshwar revealed that he wasn't 100 percent fit during the series but currently is niggle free. "See, I was fit but I couldn't say that I was a 100 per cent. Because in Test matches, it's a five-day game, so I really didn't know I would be able to go through that thing. What was good was we had bowlers who could play at that time and I got time to be 100 per cent fit again. I wasn't really sure that time," he said.

Bhuvneshwar claimed that he has been able to regain his usual pace and will be bowling at 130-135 kmph. "I was going through niggles at that time (in England) and when you have a niggle you can't be a 100 per cent, so that was during that period. Since then and now, I have trained a lot, especially during the one month of the Test series. I trained a lot. That is the reason I am back to 130-135 (pace). The main thing is I am niggle-free right now. That's the main thing for me," he said.

Kumar outlined that the team management is not worried about Ambati Rayudu's action being deemed suspect by the ICC. He further added that there has been no talk about MS Dhoni moving up the order, albeit he spoke about buffering the lower-order with Ravindra Jadeja's role considered that of an all-rounder in Hardik Pandya's absence.

"It really doesn't matter where I want Dhoni to bat. It's what the management wants that matters the most. As far as he's concerned, he can bat anywhere from numbers one to ten. He's been doing that thing for the past few years. What is important is that wherever he has been asked to bat, he's been doing that pretty well," said Bhuvneshwar.

Adelaide Oval, Adelaide Australia vs India 2018/19 Cricket Australia vs India, 2nd ODI
Get the latest updates on SA vs IND 2021-22, check out the Schedule and Live Score . Like us on Facebook or follow us on Twitter for more sports updates. You can also download the NDTV Cricket app for Android or iOS.