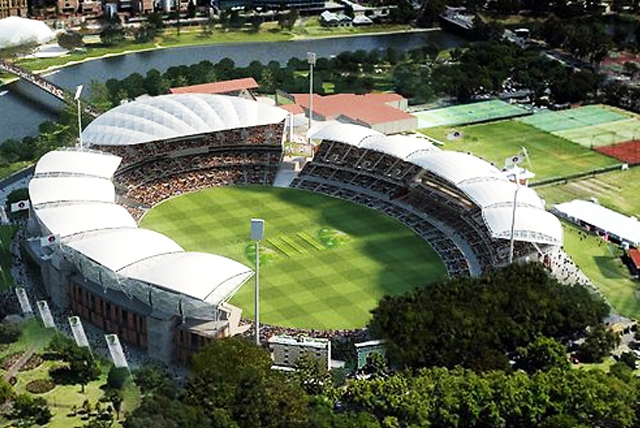 This ground is a double victory of sorts to the spectators - with its picturesque sight and memorable matches. Established in 1871 after the formation of the South Australian Cricket Association (SACA), the Adelaide Oval is home to the Southern Redbacks - South Australia state cricket team. It also hosts Australian Football and Rugby. The first Test match was played at this venue in1884 between England and Australia. The Adelaide Oval was among the first to have got a picket fence surrounding the stadium as early as 1900. Adelaide has been a revelation of sorts for cricket stadiums, where its features have gradually improved. The Adelaide Oval scoreboard, designed by architect Kenneth Milne, began service on November 3, 1911. The clock was added in 1912, the wind vane in the 1930s and the floodlights were finally set up in 1997 which allowed the sport to be played at night; and the first match to be held under the lights was the ODI between South Africa and New Zealand on December 6, 1977. Adelaide Oval is infamously known for its 1932/33 Bodyline controversy.