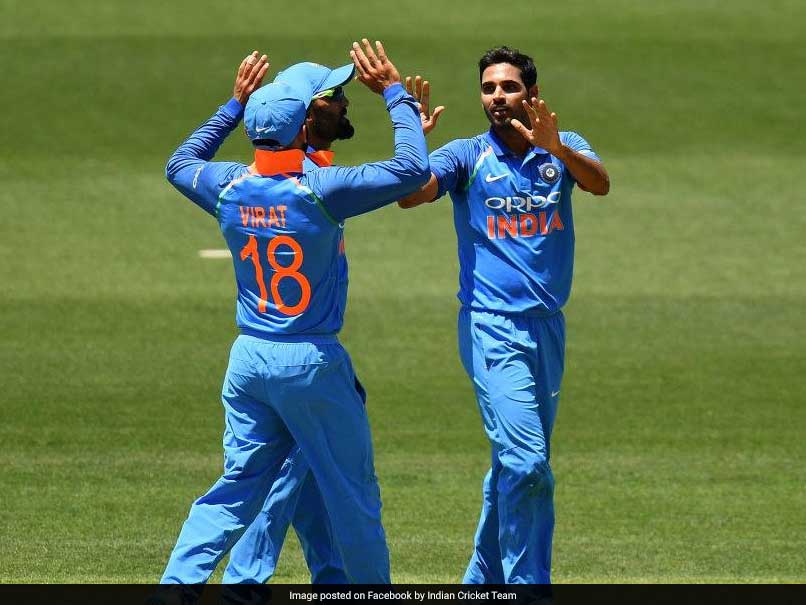 MS Dhoni (87 not out) and Kedar Jadhav (61 not out) played brilliant individual knocks as India defeated Australia by seven wickets in the third and final ODI. The visiting India also registered their first bilateral series victory in Australia. Earlier, Yuzvendra Chahal grabbed his first opportunity in the series with both hands, taking a career-best 6 for 42 to decimate Australia for a paltry 230. At the iconic Melbourne Cricket Ground, Chahal matched Ajit Agarkar's 6/42 during 2004 tri-series to record the joint best-ever ODI figures on Australian soil. In doing so, he also improved on his previous best of 5/22 against South Africa at Centurion in January 2018. For Australia, Peter Handscomb (58) scored a fighting half-century and took them to a respectable total after they were reduced to 161-6 at one stage. This was after India won the toss and opted to field on a rainy day in Melbourne. Chahal, who replaced Mohammed Siraj, made life difficult for the Australian batsmen with deceptive flight and varying the pace of his deliveries. Play was delayed by ten minutes because of rain and, after the first two balls in the Australian innings there was a further 20-minute delay before weather improved. The hosts faltered under cloudy skies though as Bhuvneshwar Kumar (2/28) and Mohammed Shami (2/47) bowled excellent opening spells. (SCORECARD)

The Virat Kohli-led side started their tour with a three-match Twenty20 International (T20I) series that ended in a 1-1 draw, followed by a historic first-ever 2-1 Test series win for India on Australian soil. In the crucial series decider at the MCG, India will once again hope for their in-form top order, comprising Rohit Sharma, Shikhar Dhawan and skipper Kohli to score the bulk of the runs.

With Dhoni marshalling the less-tested middle-order, and Kedar Jadhav still warming the bench, both Ambati Rayudu and Dinesh Karthik will aim to get some runs if they are to stay in contention for a berth in the 2019 World Cup squad.

While the bowling department led by Bhuvneshwar Kumar has impressed in both the games, with pacer Mohammed Shami and the spin duo of chinaman Kuldeep Yadav and Ravindra Jadeja providing good support, India's main point of concern will be the fifth bowler in the absence of suspended all-rounder Hardik Pandya.

The Men-in-Blue tried left-armer Khaleel Ahmed in the first ODI before handing a debut to Mohammed Siraj in the second, but neither could make an impact.

Australia Cricket Team Australia vs India 2018/19 Live Score Live Cricket Score Live Blogs Cricket Australia vs India, 3rd ODI
Get the latest updates on ICC T20 Worldcup 2022 and CWG 2022 check out the Schedule, Live Score and Medals Tally. Like us on Facebook or follow us on Twitter for more sports updates. You can also download the NDTV Cricket app for Android or iOS.