Virat Kohli is a once-in-a-lifetime talent and averages nearly 60 in ODIs. He has scored 18 hundreds since the start of 2016 alone. 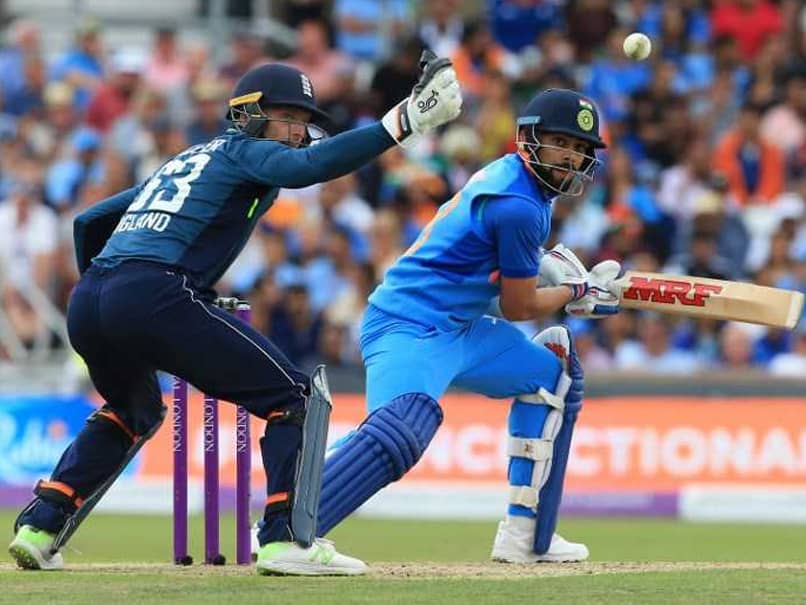 Not many would disagree that Virat Kohli is the best batsman in the world currently and one of the best ever to grace the game. The India captain continues to reach new heights and seems to be a man on a mission to break all batting records that exist. It would come as no surprise that players around the world want to emulate the Indian skipper and Jos Buttler is no different. The England wicketkeeper-batsman is confident that he is capable of reaching the level of Virat Kohli.

"I know I can go to another level," Jos Buttler was quoted as saying by dailymail.co.uk.

"Why couldn't you just stay at peak level? Someone like Kohli scores a hundred every game, he doesn't settle for: "Ah, that was ok, I'll peak at some point." Just do it every day. That's the sort of mindset I've been wanting to hit," said the Englishman.

However, it will be easier said than done for Buttler with Kohli on a level of his own. The India captain has already amassed 41 ODI centuries and averages nearly 60 in the 50-over format of the game.

The Indian skipper has already hit three centuries in 2019, having played 11 ODIs and scored a total of 611 runs.

In the last three years, since the start of 2017, Virat Kohli has a whopping 15 ODI hundreds to his name and that too in just 51 matches.

Jos Buttler has played a total of 126 ODIs in which he has managed to reach the three-figure mark just seven times. However, the right-hander's destructive powers were clear to see in last year's IPL.