Virat Kohli smashed yet another hundred, taking his total tally to 41 in ODIs, eight less than Sachin Tendulkar in the 50-over format. 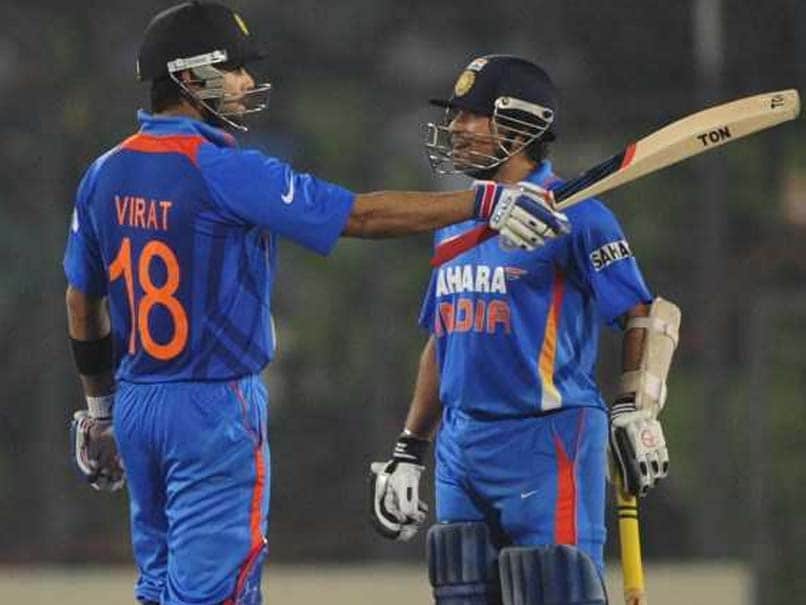 Virat Kohli smashed a sensational century, his 41st in ODIs, but it wasn't enough to get India over the line as Australia won by 32 runs to keep the five-match One-Day International (ODI) series alive. This was Indian captain's second straight century after reaching the three-figure mark in the 2nd ODI in Nagpur that the hosts won by 8 runs. Following Kohli's remarkable knock, social media was buzzing with former cricketers and fans reigniting the debate of "who is the best batsman in the world?".

Former England captain Michael Vaughan, who in the past has been a vocal supporter of Virat Kohli, came in with a big statement after the match.

The Englishman first tweeted with an emoji of a goat, saying "The GOAT is at again...#Virat".

Many differing views came from fans on Vaughan's post, one of whom asked the former England skipper if he meant Virat Kohli was better than Don Bradman, Sachin Tendulkar and Brian Lara.

This was Vaughan's emphatic answer:

Virat Kohli has scored 41 centuries in just 225 ODIs, the most number of hundreds by any batsman ever after that many matches. The next best is Hashim Amla, who has played 174 ODIs and scored 27 tons.

After playing 225 ODIs, AB de Villiers had 25 centuries, while current record-holder for most centuries in world cricket, Sachin Tendulkar, had 23 in 225 matches.

Virat Kohli also became the fourth Indian captain after MS Dhoni, Mohammad Azharuddin and Sourav Gangulyto score 4,000 ODI runs. Kohli reached the landmark in his 66th ODI as skipper when he moved to 27 in Ranchi. As India's ODI captain, Virat Kohli has so far scored 19 hundreds with a best score of 160 not out against South Africa.

The Indian skipper now is only eight hundreds behind Sachin Tendulkar, who had 49 ODI centuries to his name.

Australia Cricket Team India vs Australia, 2018/19 Cricket
Get the latest updates on ICC T20 Worldcup 2022 and CWG 2022 check out the Schedule, Live Score and Medals Tally. Like us on Facebook or follow us on Twitter for more sports updates. You can also download the NDTV Cricket app for Android or iOS.