AB de Villiers will be available for the first seven rounds of the tournament. 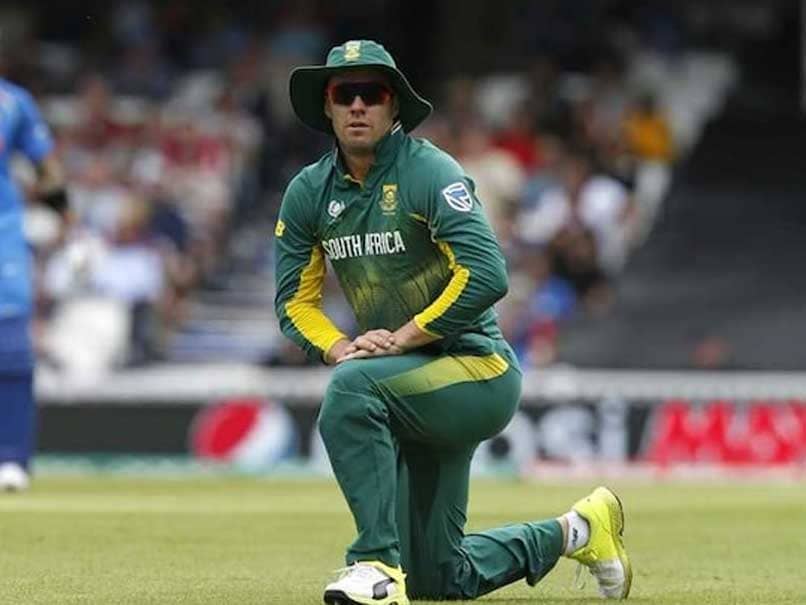 AB de Villiers will ply his trade for English county side Middlesex in the upcoming season of Twenty20 Blast that begins on July 18. The prolific South African cricketer who announced his retirement from international cricket last year has been a significant signing by Middlesex. He will be available for the first seven rounds of the tournament and may return towards the latter half if required. De Villiers, popularly called Mr 360 has been an impact player in T20 cricket has plundered 1672 runs in 78 T20Is for South Africa at blistering strike-rate of 135.16.

The batsman has played in every Indian Premier League since its inception in 2008, scoring almost 4,000 runs at an average of just under 40.

"I have always wanted to play county cricket, and I am very much looking forward to joining Middlesex," de Villiers said. "Playing at Lord's is always a wonderful privilege," he added.

Head coach Stuart Law said: "It's exciting for all here at Middlesex to announce the arrival of AB de Villiers for the T20 Blast this season.

"It's a great opportunity for some of our younger players to pick the brain of one of the best players to have graced the game of cricket and for the support staff to work with him as well," he added.

The 35-year old De Villiers captained South Africa in the 2015 Cricket World Cup where they lost to New Zealand by four wickets in the semi-final. He also featured in South Africa's Test victories against Australia and India in 2018.