Virat Kohli said he wants to give more chances to KL Rahul and Rishabh Pant looking ahead at the World Cup 2019 in England and Wales. 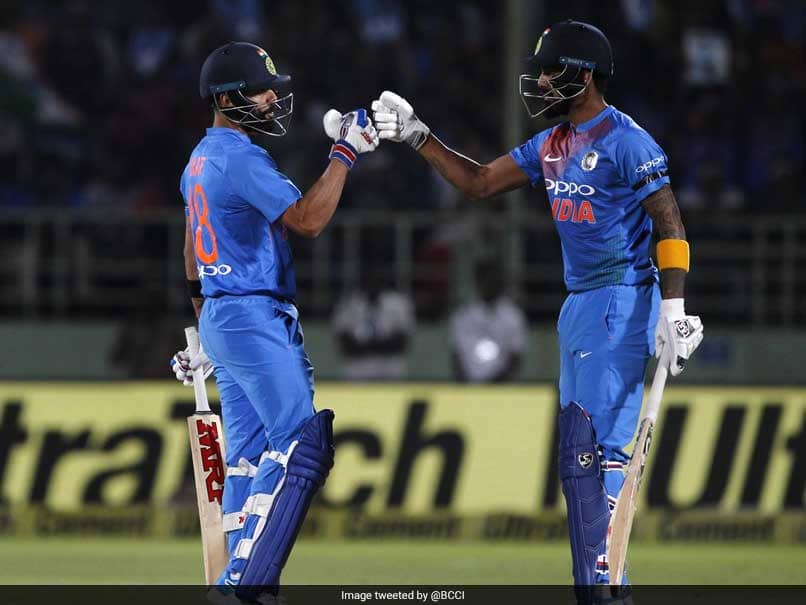 KL Rahul top-scored for India in the first T20I against Australia that India lost by 3 wickets.© Twitter

India captain Virat Kohli didn't seem too concerned with India's narrow defeat to Australia in the first Twenty20 International (T20I). Kohli played down India's poor performance with the bat that saw them being restricted to 126 for seven after being put into bat. The Indian skipper said that that the team is looking to give more "game time" to KL Rahul and Rishabh Pant looking ahead to the World Cup 2019 in England and Wales. Rahul made an impressive half-century on his comeback but Pant was needlessly run-out during India's three-wicket defeat against Australia in the opening encounter of the two-match T20I series in Visakhapatnam on Sunday.

Chasing a target of 127, Australia were cruising before Jasprit Bumrah's (3/16 in 4 overs) brilliant 19th over nearly won the game for India.

"We want to give Rahul and Rishab more game-time. Rahul played a really good knock and we had a good partnership. Had we gone on, we could have got 150, which would have been a match-winning score on this pitch. But Australia played better cricket overall and deserved to win," Kohli said at the post-match presentation ceremony.

However, he didn't forget to praise his bowlers for making a match of a low target like 127.

"Very pleased with the bowling effort. Never thought we would be in this situation but Bumrah can do wonders when the ball is reversing. Even Mayank (Markande) bowled brilliantly (17th over), I thought," said Kohli.

Victorious captain Aaron Finch also conceded that facing Bumrah in the death overs is not an easy proposition.

"When Bumrah has got overs up his sleeve, it's never easy. But the run-outs didn't help either. Maxwell played a hell of an innings on a difficult pitch," said Finch.

Pacer Nathan Coulter-Nile, who was the pick of the Aussie bowlers with figures of three for 26, felt that the ball wasn't coming onto the bat.

"I thought the boys bowled really well and we scraped home. We worked out quickly that the ball was not coming on to the bat. We have been playing a bit of cricket in the BBL. Really good to have a win and hopefully we will have another one and win the series," said Coulter-Nile.