Australia pulled off a thrilling three-wicket win against India in the first T20 International to take a 1-0 lead in the two-match series. 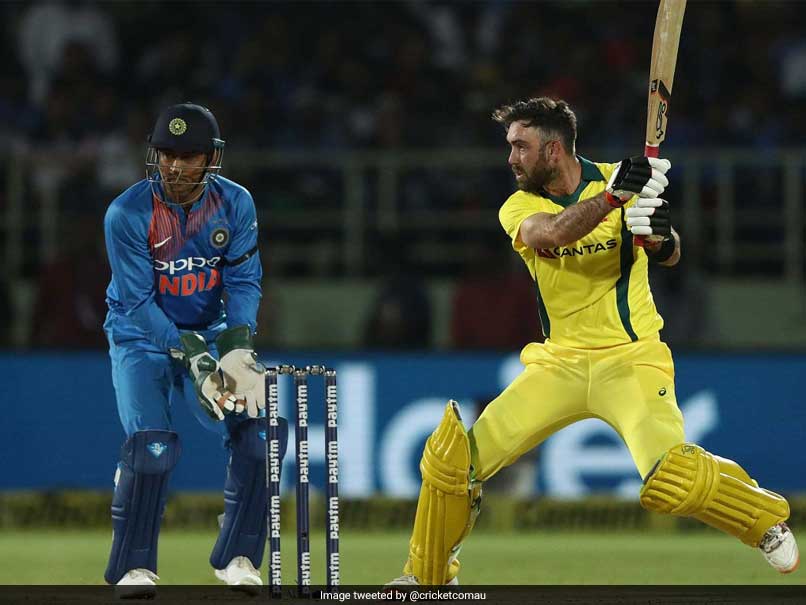 Glann Maxwell scored a fine half-century as Australia pulled off a thrilling three-wicket win against India in the first T20 International to take a 1-0 lead in the two-match series in Visakhapatnam on Sunday. Opener D'Arcy Short and wicketkeeper-batsman Peter Handscomb contributed with 37 and 13 runs respectively as Australia lost four of their batsman for a single-digit score in an easy 127-run chase. Pat Cummins scored the winning runs off the final ball for the visitors and stood unbeaten for seven with Jhye Richardson (7*) on the other end. Earlier, Nathan Coulter-Nile claimed three wickets to help Australia restrict India to 126 for seven after winning the toss.

Maxwell, who made 56, put together 84 runs with D'Arcy Short for the third wicket to put Australia on course before Jasprit Bumrah hit back with three wickets.

Bumrah got debutant Peter Handscomb caught behind for 13 and then bowled Coulter-Nile on the final ball of the 19th over to keep the game in balance.

Jhye Richardson and Cummins, both not out on seven each, then kept their cool in the final six balls against Umesh Yadav to steer the Aussies home.

But the day belonged to Coulter-Nile who returned figures of 3/26 in his four overs, receiving the man of the match award.

Indian batsman KL Rahul, who returned to the side after a suspension for sexist comments during a controversial TV chat show appearance with Hardik Pandya, hit 50 off 36 balls.

His 55-run second wicket stand with skipper Virat Kohli, who made 24, gave India a brisk start but the hosts lost momentum after losing three quick wickets.

Adam Zampa got Kohli's prized scalp with his leg spin and Coulter-Nile claimed the wicket of Rahul to check India on a tricky pitch.

The second match is in Bangalore on Wednesday.

Nathan Coulter-Nile India vs Australia, 2018/19 Cricket India vs Australia, 1st T20I
Get the latest updates on IPL Auction 2023 and check out  IPL 2023 and Live Cricket Score. Like us on Facebook or follow us on Twitter for more sports updates. You can also download the NDTV Cricket app for Android or iOS.