Australia first beat India 2-0 in the two-match T20 Series and have now pulled off a 3-2 series win after being 0-2 down. 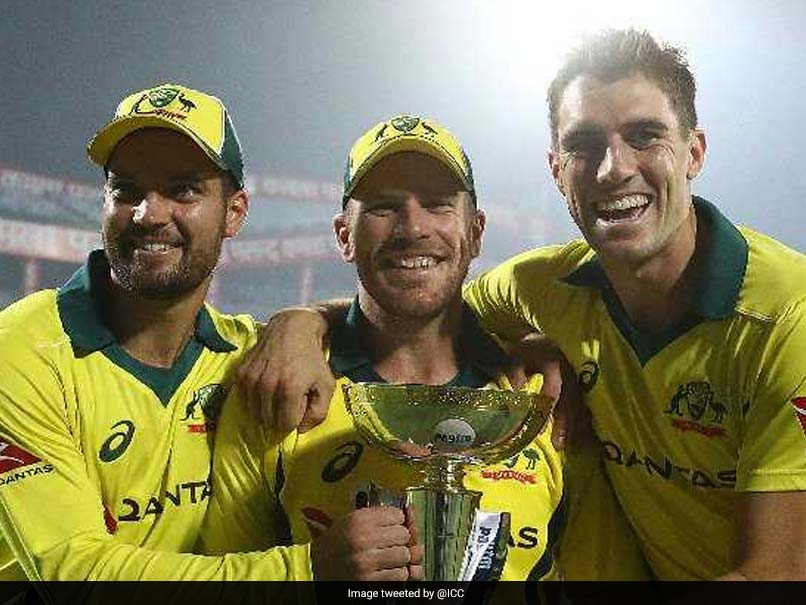 Skipper Aaron Finch and coach Justin Langer were over the moon after Australia clinched back-to-back limited overs away series against India in a month, terming the achievement as an "incredible one". Australia first beat India 2-0 in the two-match T20 Series and have now pulled off a 3-2 series win after being 0-2 down. This after losing the Test and ODI series in their own backyard when India travelled their from late last year to first part of 2019. "It's unbelievable.

The resilience and the fight that we showed was incredible. We've had our backs against the wall for a while now, but I'm really proud of the group for coming back," Finch said at the post-match presentation ceremony.

"It's important to have a balanced side. We need a good balance of attack and defence. You need good batsmanship on these wickets against these really talented guys like Kuldeep, Chahal and Jaddu," the skipper added. He is happy that they have been able to prove their critics wrong with this performance.

"Like I said, people have written us off for quite a while now but the team that we have can win us the series, and they can win us the World Cup. It's about believing in ourselves and sticking to our gameplan. It was a great series all round even though India beat us resoundingly in Nagpur," said Finch.

Coach Justin Langer said: "All the credit to the players. We just make them prepare for the game but they have to go out there and perform in crunch situations. Incredibly proud of the boys. It is going to be tough to pick the World Cup squad. It has been an unbelievable tide since India arrived in Australia."

Australia's stand-out batsman Usman Khawaja had a lot of fun having scored two hundreds and a 91 in his team's victory. "It's a lot of fun scoring hundreds and even more fun winning games. Very good to come back from 0-2 down, and never easy to beat India at home. Very excited. I just played depending on the conditions." Pacer Pat Cummins attributed it to the consistency of the side.

"Played I felt I bowled well in the series in Australia and hopefully will continue this form through the World Cup. The spinners bowled well and the quicks were incredible as well. Playing consistent cricket is the key and it's been a good series for us," Cummins said.

India Cricket Team India vs Australia, 2018/19 Cricket
Get the latest updates on IPL Auction 2023 and check out  IPL 2023 and Live Cricket Score. Like us on Facebook or follow us on Twitter for more sports updates. You can also download the NDTV Cricket app for Android or iOS.