Australia would be hoping to get an edge on India in the first ODI at Hyderabad. 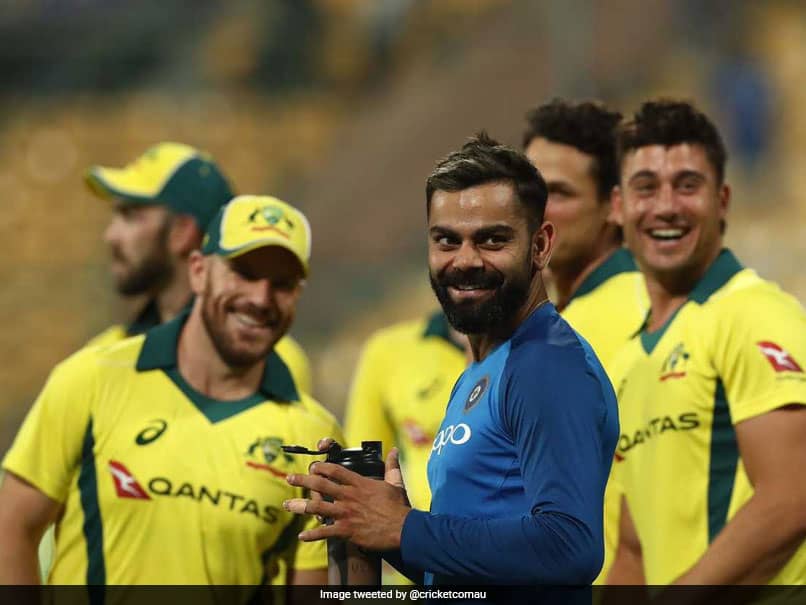 Virat Kohli led from the front in India's recent tour of Australia.© Twitter

Virat Kohli failed to take India past the victory line in the two-match T20 International series, though Australia captain Aaron Finch believes the Indian captain will come stronger in the five-match One-day International (ODI) series, starting in Hyderabad on Saturday. Speaking to media on the eve of the first ODI, Aaron Finch said Australia will aim to dismiss Virat Kohli early to take the control of the game in the series-opener. "I think everyone's tried everything. He's the greatest one-day player of all time. His record speaks for itself. It's unbelievable. You have to get him early, it's as simple as that," Finch said as quoted by cricket.com.au.

"If he gives you half a chance you have to take it otherwise once he gets in he's so dominating and tough to get out," he added.

Kohli led from the front in India's recent tour of Australia, during which the visitors registered their first-ever Test and bilateral ODI series wins Down Under.

Heaping praise on the Indian skipper's batting prowess, Finch cautioned his team of any mistake against Kohli in his final 50-over assignment before the ICC World Cup 2019. "We've seen in the past we've had some success against him. He's had a lot of success against us as well," Finch said.

"It's about being as disciplined as you can, for as long as you can. If you let him dictate and get away early, it can be hard to catch up," the Australian added.

In the recently-concluded T20I series, which Australia swept 2-0, Kohli accumulated 96 runs in two matches with an unbeaten knock of 72 runs in the second T20I in Bengaluru on Wednesday.

"You just have to be as good as you can early, especially his first 10-15 balls, really challenge his defence. And you need a bit of luck at times too, no doubt. He's an unbelievable player," Finch concluded.