"No One In Dressing Room Is Panicking": Virat Kohli After Series Loss To Australia

India lost the five-match series, their final 50-over assignment before the ICC World Cup, by a margin of 2-3. 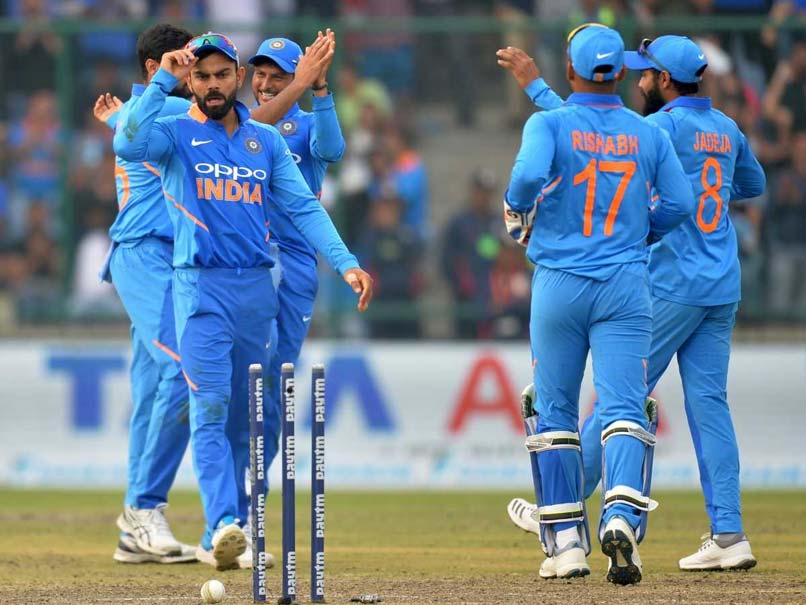 Under the captaincy of Virat Kohli, India lost three consecutive One-day Internationals and suffered a ODI series defeat at home for the first time. Australia rode on an impressive show by bowlers after a second successive century by Usman Khawaja to defeat India by 35 runs in the fifth ODI at Feroz Shah Kotla, Delhi, on Wednesday. India lost the five-match series, their final 50-over assignment before the ICC World Cup, by a margin of 2-3. While many fans and critics see the series loss as an eye-opener for Team India ahead of a crucial event, captain Virat Kohli said: "None of the guys in the dressing room is panicking. We are very much about our combination for the World Cup."

"We are sorted combination wise. We know our playing XI going into the World Cup. There will be just one change based on condition. When Hardik Pandya will come back, he gives depth in batting and opens up options in bowling. We know where we are going. We are clear about our playing XI," Kohli said at the post-match press conference.

"I don't think any one team starts as favourites in the World Cup. West Indies, England, New Zealand look strong, we are strong, now even Australia look balanced, Pakistan can defeat anyone on their day. Tt's very important to understand what mindset you take to the World Cup," he added.

After opting to bat, Australia posted a competitive total in their allotted 50 overs in the series decider. Usman Khawaja scored 100 runs off 106 balls, his second consecutive century in the series, to build a strong foundation for the visitors.

Peter Handscomb then smashed a half-century as Australia managed to score 272 for nine.

Indian skipper Kohli said the target wasn't tough for his team, adding that the visiting Australian team displayed more "passion, hunger and heart" and they deserved to win.

"Yeah we thought it was a gettable target. They got away from us a little bit at the end, and 15-20 more than we thought we were going to concede. One or two overs can make a whole lot of a difference, but if you look at the overall series Australia played with more passion, hunger and heart and they deserved to win," Kohli said.

"They were brave in pressure situations compared to our game, especially in the last three games, the way they handled the pressure, they really deserved to win," the Indian captain added.

Virat Kohli Cricket India vs Australia, 2018/19
Get the latest updates on IPL Auction 2023 and check out  IPL 2023 and Live Cricket Score. Like us on Facebook or follow us on Twitter for more sports updates. You can also download the NDTV Cricket app for Android or iOS.