The BCCI did not take time to compile a video of Virat Kohli's catches against Australia during the Delhi ODI. 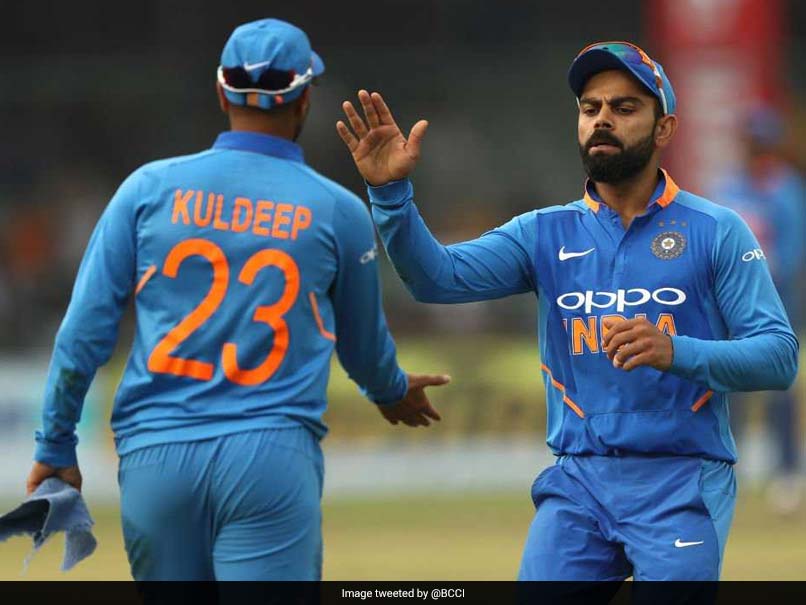 Virat Kohli lifted his home ground Delhi crowd off their feet after pulling off two sharp catches during the series-decider against Australia at the Feroz Shah Kotla on Wednesday. Kohli first took a good catch at extra-cover off Bhuvneshwar Kumar to dismiss Usman Khawaja after a century. He later took Glenn Maxwell's catch off Ravindra Jadeja in a similar fashion and topped it with a pumped up celebration. The Board of Control for Cricket in India (BCCI) did not take much time to compile a video of both the catches as they posted it on Twitter, with a caption which said, "Live Wire @imVkohli lights up the field".

"The Indian captain was right on the money taking two back to back catches. Both right into his safe hands," the BCCI added.

The Indian captain was right on the money taking two back to back catches. Both right into his safe hands.

The 31-year-old has scored two centuries in the ongoing series, with the highest score of 123 runs.

Kohli had however lost the toss as Australia captain Aaron Finch opted to bat in Delhi ODI. Opener Usman Khawaja struck his second century of the series to lead Australia to 272-9. The in-form Khawaja made 100 off 106 deliveries as Australia put up a competitive total.

The ODI series, which is India's final assignment before World Cup 2019 is currently tied at 2-2.

Virat Kohli India vs Australia, 2018/19 Cricket
Get the latest updates on ICC Women's Cricket World Cup 2022 and IPL 2022, check out the Schedule , Live Score and IPL Points Table. Like us on Facebook or follow us on Twitter for more sports updates. You can also download the NDTV Cricket app for Android or iOS.