The fifth and final ODI vs Australia will be played in his hometown. 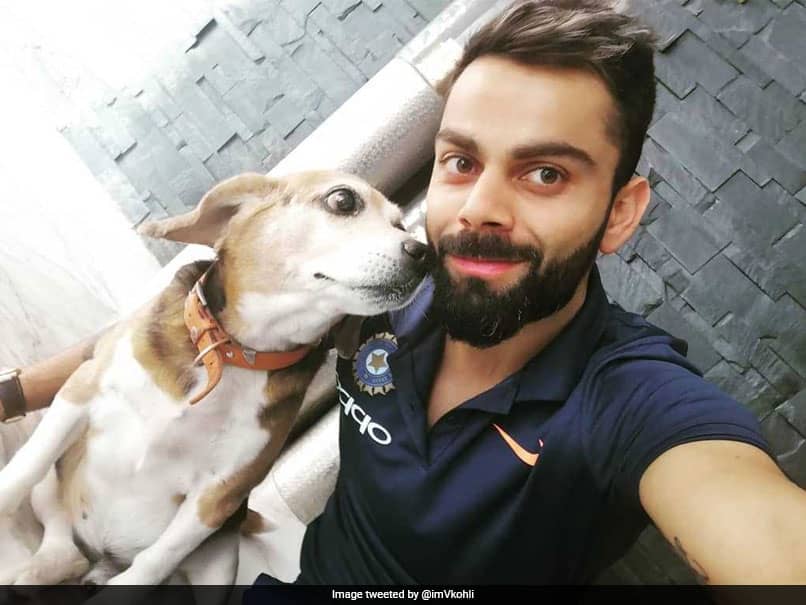 Virat Kohli displayed his affection for dogs by sharing an adorable picture.© Twitter

Virat Kohli displayed his affection for dogs by sharing an adorable picture on his official Twitter account after reaching his hometown Delhi for the final One-day International (ODI) against Australia on Wednesday. The India cricket team skipper was seen in all smiles as he posed with a dog for the picture. The Delhi ODI against Australia will be crucial as it will decide the series which is currently tied at 2-2. The match comes after India registered two consecutive losses against Australia in the series.

Kohli did not fare well in the fourth ODI as he managed to score only 7 runs. However, the Delhi ODI will be a chance for the 30-year-old to make his home ground appearance special by helping India clinch the series.

The run-machine has scored two centuries in the ongoing ODI series against Australia, with the highest score of 123 which he notched up in Nagpur.

However, after the fourth ODI, Kohli was not impressed with the Decision Review System (DRS) and let his displeasure known in the post-match presentation ceremony.

"The DRS call was a bit of surprise for all of us and it's becoming a more of a talking point every game. It's just not consistent at all, that was a game-changing moment," said the Indian skipper.

This is not the first time in the series that the DRS has been in the spotlight.

During Friday's third ODI in Ranchi that Australia won, the DRS had made headlines after a ball-tracking error.