Shikhar Dhawan leaped to Rishabh Pant's defence after the youngster made a couple of crucial errors behind the stumps. 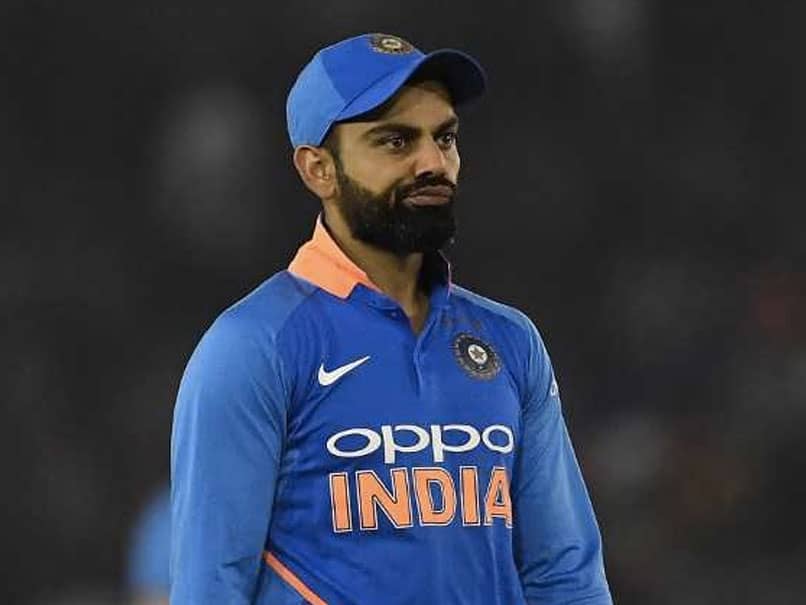 A fan in Mohali was heard telling Virat Kohli to call up MS Dhoni.© AFP

Reports in the Indian media on Sunday said that MS Dhoni chants were reverberating all around the Punjab Cricket Association IS Bindra Stadium in Mohali. Fans called out MS Dhoni's name after a few crucial wicket-keeping errors from young Rishabh Pant. On Monday, a video emerged on Twitter of a fan asking India captain Virat Kohli, who was fielding at the boundary, to call up Dhoni. India suffered a shock loss to Australia in the fourth One-day International (ODI) of the five-match series as the visitors levelled the series 2-2.

A fan can be heard in the video, saying: "Virat bhai, Dhoni ko bulao (call Dhoni)".

Rishabh Pant's biggest error came in the 44th over with Australia's match-winner Ashton Turner batting on 38.

Yuzvendra Chahal fired the ball on the leg side, which ended up being wide. Turner had come down the track and was miles away from being back to safety but Rishabh Pant failed to collect the ball and missed the stumping opportunity.

Immediately, the Mohali crowd turned on the young wicket-keeper and started chanting MS Dhoni's name. The situation only got worse for Rishabh Pant as he tried to copy Dhoni's no-look flick to throw down the stumps but failed at that as well.

"Rishabh is a young bloke and like any other youngster, you have to give time to him. Rishabh is still finding his feet. You cannot compare Pant to Dhoni, given the experience he has having played over the years," Dhawan told the media in Mohali.

"Of course, had the stumping chance been taken, it could have turned the game. Having said that, the game slipped away from our hands quite quickly after that. The dew also played its part in the game. But that's what it is," he added.

Despite posting a mammoth total of 358 for nine, Indian bowlers were found wanting as Australia chased down the target with 13 balls to spare.

The series decider will be played at the Feroz Shah Kotla in New Delhi on Wednesday.

Shikhar Dhawan Ashton Turner India vs Australia, 2018/19 India vs Australia, 4th ODI Cricket
Get the latest updates on IPL 2021, IPL Points Table , IPL Schedule 2021 , live score . Like us on Facebook or follow us on Twitter for more sports updates. You can also download the NDTV Cricket app for Android or iOS.