Cannot Have 11 Virat Kohlis In The Team: Muttiah Muralitharan

Muttiah Muralitharan defended the Indian team after it's shocking loss to Australia in the 4th ODI and said that fans need to be more patient. 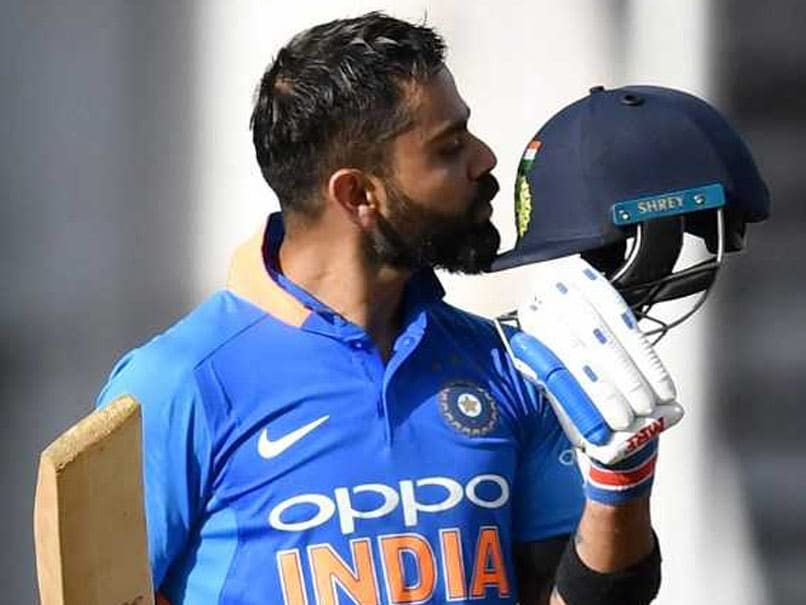 With Australia chasing down India's total of 358 in the fourth ODI in Mohali and squaring the five-match series 2-2, pundits and fans have come down hard on the performance of the Indian players. While some have questioned the bowlers' inability to defend such a mammoth total on a decently big ground like the PCA Stadium, others have called into question Virat Kohli's captaincy skills in the absence of MS Dhoni, who is known to guide the skipper on the field. Former Sri Lanka spinner Muttiah Muralitharan, however, has defended the Indian team and said that fans need to be more patient.

Speaking to IANS after the fourth ODI, Muralitharan said it is not possible to have eleven match-winners in the team and also that it is important to try out various combinations going into the World Cup 2019.

"You have to be patient with the team. The Indian team has been doing really well and are trying to experiment with the World Cup round the corner. You will get failures on the road to success as there cannot be 11 Virat Kohlis in the team. Not everyone can be a match-winner," he said.

"You will win some games and you will also lose a few. Otherwise, every team must be filled with 11 Kohlis or Sachin Tendulkars or Don Bradmans, but that cannot happen," Muralitharan added.

Speaking about India's spin bowling options, Muralitharan said Ravichandran Ashwin's exclusion from the limited-overs teams is proof of the calibre of Kuldeep Yadav and Yuzvendra Chahal.

"I think they are doing a good job. Both are quality performers and the fact that they have done well in all conditions bears testimony to their talent. Also, why do you think someone of the calibre of R Ashwin is not being able to squeeze into the limited-overs team? It is because these two have done well. Just one bad game (in Mohali) can't be enough to criticise them. We are not dealing with robots here," he said.

Speaking about India's chances at World Cup 2019 to be held in England and Wales, starting May, the former Sri Lanka World Cup-winner said fans have a role to play as well if the team is to win the trophy.

"The fans have to be patient. The Indian players have done well and you cannot put too much pressure on them. This is a sport and there will be winners and losers. It is important to keep the pressure off the players as they must be allowed to focus on the game and that will bring the desired results," he signed off.

MS Dhoni India vs Australia, 2018/19 India vs Australia, 4th ODI Cricket
Get the latest updates on IND vs NZ 2021, check out the Schedule and Live Score . Like us on Facebook or follow us on Twitter for more sports updates. You can also download the NDTV Cricket app for Android or iOS.