Ravichandran Ashwin gave his response during an interactive session on Instagram. 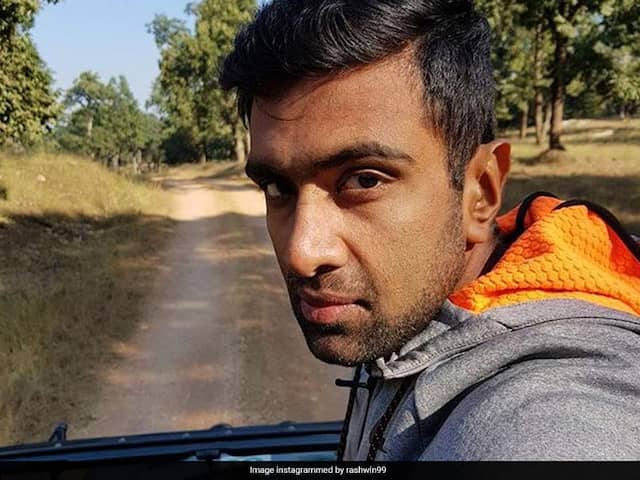 Ravichandran Ashwin is currently struggling to find a place in the national team.© Instagram

TV show 'Koffee with Karan' has earned a certain hype among cricket fans after the controversial episode which featured Indian cricketers Hardik Pandya and KL Rahul. Following the episode, the fans on social media have asked many other cricketers to participate on the show and recently premier Indian spinner Ravichandran Ashwin was asked about the same. "Would you like to go to koffee with karan?" a fan asked during Ashwin's interactive 'ask me a question' session on Instagram. In response, Ashwin said, "Sure". 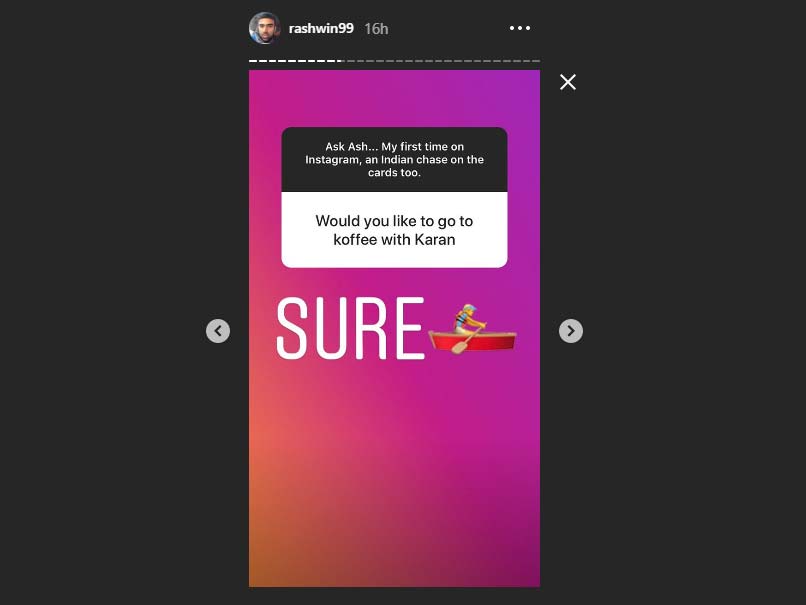 Ashwin is currently struggling to find a place in the national team with wrist spinners Kuldeep Yadav and Yuzvendra Chahal preferred in the side as the winning combination.

Kuldeep Yadav in a recent press conference during the India vs Australia series had said that the duo have not removed Ravinchandran Ashwin and Ravindra Jadeja from the side as the team is happy playing with the winning combination.

The 32-year-old last featured for India during the Adelaide Test against Australia. He carries an experience of 65 Tests, 111 One-Day Internationals (ODIs) and 46 Twenty20 Internationals (T20Is).

KL Rahul and Hardik Pandya, on the other hand, did not have a good experience on 'Koffee with Karan'. The duo were suspended and sent back to India from their tour to Australia for their controversial comments on the show.

However, the CoA is still to refer the investigation into Pandya and Rahul's loose talk on women to the BCCI's newly-appointed Ombudsman DK Jain.