Kuldeep Yadav has the strength to drift the ball in the air like Shane Warne, feels Matthew Hayden. 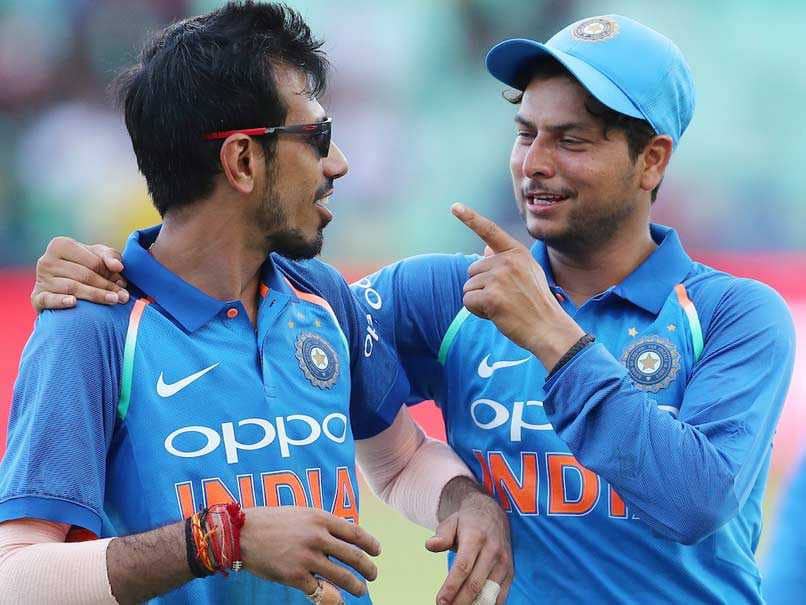 Kuldeep Yadav has the strength to drift the ball like Shane Warne feels Matthew Hayden.© BCCI

Former Australia opener Matthew Hayden has come out in praise of Indian wrist spinner Kuldeep Yadav, saying that the drift Kuldeep gets in the air like Shane Warne has made him a more difficult bowler to face as compared to fellow wrist spinner Yuzvendra Chahal. Hayden praised the variety and options leg-spinners possess. Kuldeep Yadav, in particular, has the strength to drift the ball like Shane Warne feels Hayden. Both Kuldeep and Chahal, however, failed to contain the Australian batsmen on Sunday in Mohali as they leaked away 64 and 80 runs respectively and taking one wicket apiece.

"Leg spinners provide option and variety. In particular, if you look at Kuldeep, his strength is not how far he turns the ball but his strength is how the ball just like Shane Warne's deliveries arrives at the batsman. It has a distinct curve in the air," Hayden told PTI.

Chahal can, however, be negotiated, feels Hayden, who was hugely successful against Harbhajan Singh and Anil Kumble at their peak. "Chahal is a different bowler. He is a very stump-to-stump. He bowls much flatter and straighter. He doesn't get the drift. If I was a player, I would prefer facing Chahal because he doesn't get the drift," said Hayden, who has 8000-plus Test and 6000 plus ODI runs for Australia.

The finger spinners are not much in demand in the 50-over format and Hayden blames it on the restrictive approach which has been their undoing.

"What has happened is that off-spinners have learnt the art to contain batsmen, which had kept them in play for a certain period of time. But now, the players have got used to the flatter trajectory of the off-spinners. Off-spinners have lost the art of being able to get the pace to drop (vary pace)," said Hayden.

He then cited Nathan Lyon's approach in the second ODI in Nagpur, comparing the two spells from the off-spinner.

"During his second spell, the speed was like 80-82 kmph compared to 90-92 kmph in the first spell. So that's a clear drop of 10kmph. All of a sudden, he looked unplayable."

Yuzvendra Chahal Shane Warne Matthew Hayden Cricket India vs Australia, 2018/19
Get the latest updates on IPL 2021, IPL Points Table , IPL Schedule 2021 , live score . Like us on Facebook or follow us on Twitter for more sports updates. You can also download the NDTV Cricket app for Android or iOS.