Nathan Lyon was overlooked to left-arm spinner Xavier Doherty during the 2015 World Cup. 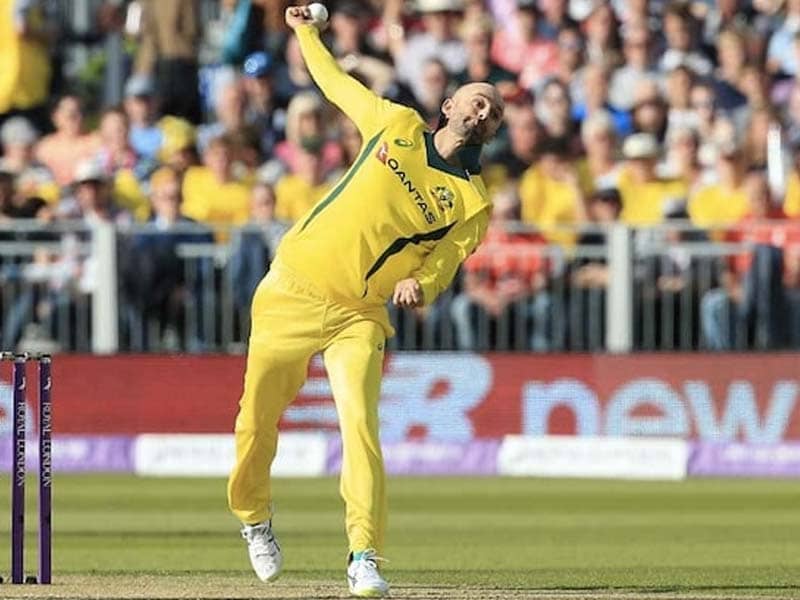 Nathan Lyon was overlooked for the first game but returned for the second ODI against India.© AFP

Australia off-spinner Nathan Lyon on Thursday said playing at the 50-over World Cup in England is on his "bucket list". Lyon was overlooked to left-arm spinner Xavier Doherty during the 2015 World Cup. However, he is confident to get the opportunity for the upcoming prestigious tournament. "As an Australian cricketer you always want to play in the big tournaments and I have never had the opportunity to play in a World Cup. It is definitely on my bucket list, something I definitely want to do," the 31-year-old told media.

Lyon, who made his one-day international comeback last year, was overlooked for the first game but returned for the second ODI against India.

With the World Cup around the corner, the off-spinner believes having two spinners will play a massive role in the tournament.

"I daresay nearly every side in the World Cup will be playing two spinners. I am very confident with where my skill level is at. I know if I get the opportunity I am confident I can get the job done for Australia. Looking forward to the World Cup we have got a lot more ODIs, three here [in India] then five in [UAE]," Lyon said.

Lyon along with leg-spinner Adam Zampa combined for figures 3-104 in the second ODI against India in Nagpur.

"We have got a really good relationship. I have really enjoyed bowling with him in the nets and especially the other night in the game - I think we can complement each other really well. Potentially [it could] be a really good partnership just around the corner - it is an exciting prospect for Australia," Lyon said.

Australia, with a 0-2 down, will meet India for the third ODI of the five-match series in a must-win match on March 8 at the JSCA International Stadium Complex in Ranchi.

Australia Cricket Team Cricket World Cup 2019
Get the latest updates on IPL 2021, IPL Points Table , IPL Schedule 2021 , live score . Like us on Facebook or follow us on Twitter for more sports updates. You can also download the NDTV Cricket app for Android or iOS.