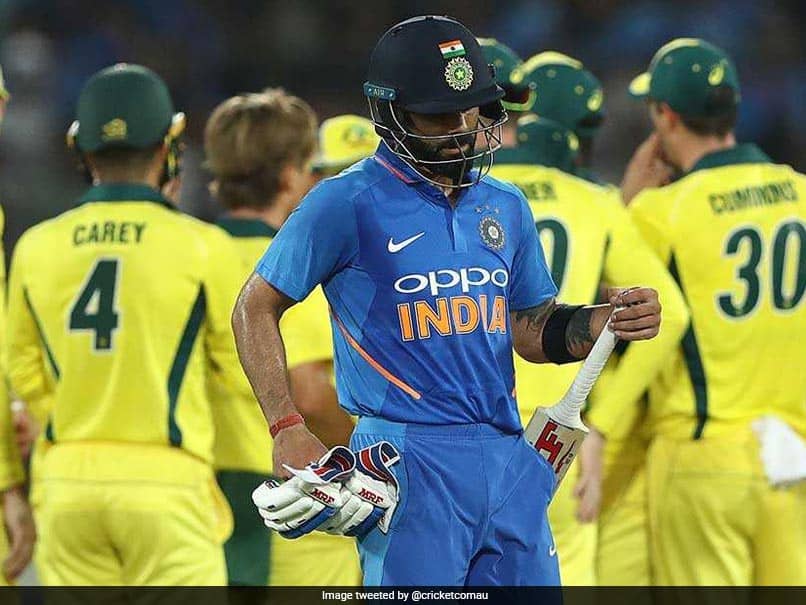 Adam Zampa is the only Australian bowler to dismiss the brilliant Virat Kohli in the ongoing tour of India. The 26-year-old dismissed Kohli for 24 during the first Twenty20 International (T20I) and later got better of the record-machine for 44 runs during the Hyderabad One-day International (ODI). The leg-spinner credited former India all-rounder and their spin coach Sridharan Sriram's contribution which helped him contain Kohli twice. Zampa, who is just 35 ODIs old, also said Sriram's knowledge about the Indian conditions has helped him bowl better.

Zampa has now dismissed Kohli four times in their 13 meetings in T20 and ODI cricket, twice in each format.

"Sri (Sridharan Sriram) has got the experience here and the knowledge," Zampa was quoted as saying by cricket.com.au.

"In Australia I tend to bowl a little bit more top-spinners and wrong'uns whereas here I'm probably a bit more out the front, a bit of side spin.

"Sliders with a little bit of leg-spin, I'm finding in the nets it worked.

"And I got a wicket like that the other night in the first game - Kohli was the one that went straight on," he added.

"It's good for the confidence, it's exciting to get a player like that out," he added.

Australia swept the T20I series against India but trail 0-1 in the five-match ODI series. They will face the hosts in the second ODI on Tuesday at the Vidarbha Cricket Association Stadium in Nagpur.

Virat Kohli Adam Zampa Cricket
Get the latest updates on India vs England Series, India vs England , live score and IPL 2021 Auction . Like us on Facebook or follow us on Twitter for more sports updates. You can also download the NDTV Cricket app for Android or iOS.