Australia have included Adam Zampa in place of veteran spinner Nathan Lyon, who remained wicketless in the opening two games. 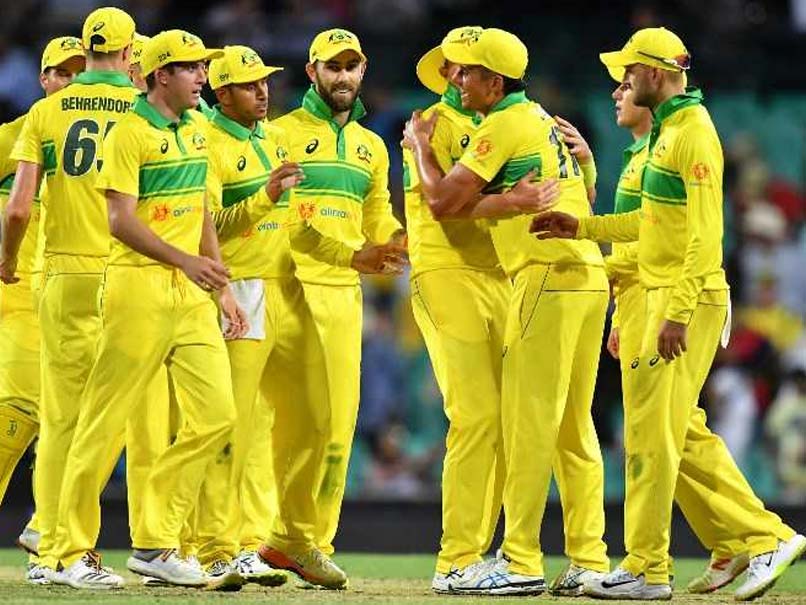 The series decider between India and Australia will be played in Melbourne on Friday.© AFP

Australia have made two changes to their playing XI for the third and final one-day international (ODI) against India to be played at the Melbourne Cricket Ground (MCG) on Friday. The hosts have included Adam Zampa in place of veteran spinner Nathan Lyon, who remained wicket less in the opening two games, and Billy Stanlake replaces paceman Jason Behrendorff, who has been ruled out with back soreness. Melbourne Renegades paceman Kane Richardson has also been called into the squad as cover.

Lyon, who is being considered as Australia's frontline spinner at this year's World Cup, earned praise from skipper Aaron Finch.

"I think he's been really impressive," Finch was quoted as saying by cricket.com.au on Thursday, before the off-spinner's axing was announced.

"Obviously not getting a wicket, he'd have liked a bit more return for that.

"When he keeps bowling that well, he will get rewarded eventually."

If Australia manage to win on Friday, it will be their first series win in almost two years having won just four of their past 23 ODIs.

Finch said his side's batting has been the biggest positive but winning the series is their major focus.

"It's been a while since we've won a series," Finch said.

"There's been a lot of improvement and a lot to be proud of so far.

"But winning the series is the focus."

Melbourne Cricket Ground Australia vs India 2018/19 Cricket Australia vs India, 3rd ODI
Get the latest updates on IPL Auction 2023 and check out  IPL 2023 and Live Cricket Score. Like us on Facebook or follow us on Twitter for more sports updates. You can also download the NDTV Cricket app for Android or iOS.