Selectors axed five players from the ODI squad while pace trio for of Mitchell Starc, Josh Hazlewood and Pat Cummins was rested for the series against India. 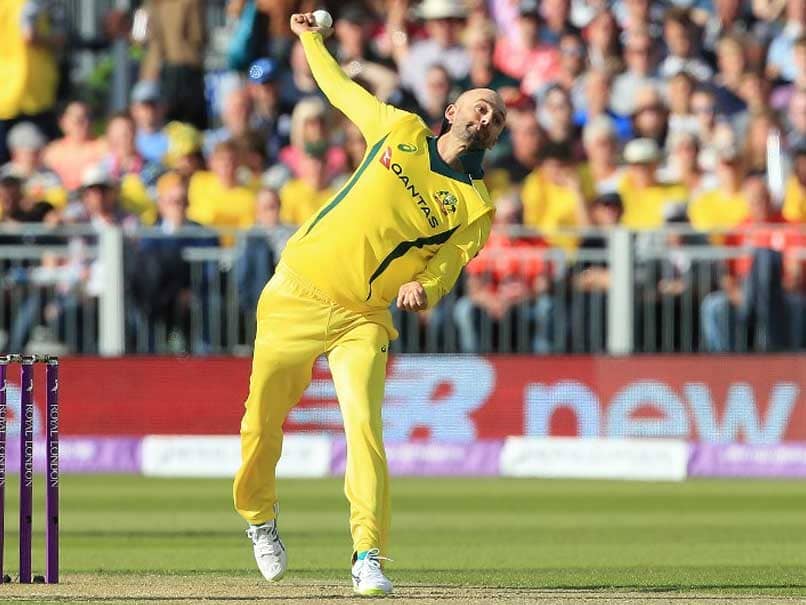 Nathan Lyon last featured in an ODI for Australia in June 2018.© AFP

Lyon last featured in the ODIs in June, 2018 while Khawaja will be returning to the limited overs setup after almost a gap of two years. National selector Trevor Hohns, after Australia lost to South Africa 2-1 at the start of the summer, said that a change was needed to turn things around. Hohns also mentioned that the squad has been selected with an eye on the World Cup in England later this year.

"With this in mind and the World Cup looming, we've selected players we feel provide us with the flexibility to play a variety of roles at different stages of a match," Trevor Hohns said.

"The upcoming three-match series against India and the ODI tours of India and the UAE are important windows to put this into practice and to build a squad to help defend our World Cup title."

Seamer Siddle's return was a surprise. He played his last one-day international in November 2010, but gets another chance with the country's top fast bowlers unavailable. He will lead the attack alongside Jhye Richardson, Jason Behrendorff, and Billy Stanlake.

"It's wonderful to have Peter back in the squad for the first time since 2010," said Hohns.

"His white ball cricket has improved considerably the older he has got, and his selection is great reward for his professionalism and strong leadership qualities."

Khawaja returns after an almost two-year exile while Lyon replaces Agar after being overlooked for the recent South Africa series. Test players Mitch Marsh and Peter Handscomb were also included, with Aaron Finch the captain.

"With a focus on improving our ability to post competitive totals we've recalled Usman Khawaja, Peter Handscomb and Mitch Marsh to the squad," said Hohns.

"Mitch gives us another all-round option with his ability with both bat and ball."

Australia play three one-dayers against India, starting in Sydney on January 12 before moving to Adelaide and Melbourne.

Aaron Finch Australia vs India 2018/19 Cricket
Get the latest updates on India vs Australia Series, check out the India vs Australia Schedule for 2020-21 and Ind vs Aus live score . Like us on Facebook or follow us on Twitter for more sports updates. You can also download the NDTV Cricket app for Android or iOS.