Australia won in Adelaide to snap a seven-game losing streak but crashed heavily in Perth and lost again in Hobart by 40 runs. 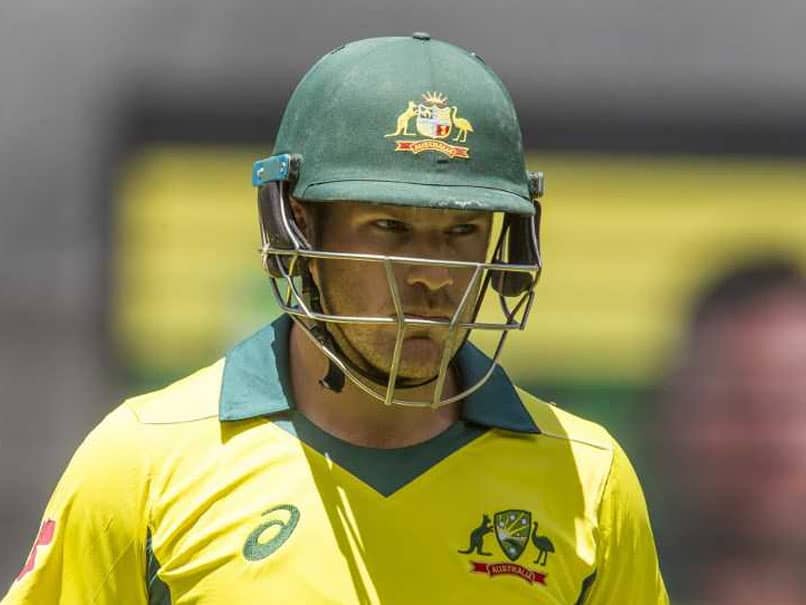 Australia's one-day batsmen are under mounting pressure to keep their places after a lacklustre series defeat to South Africa, captain Aaron Finch warned Monday, with a potential shake-up looming. While the hosts won in Adelaide to snap a seven-game losing streak, they crashed heavily in Perth and lost again in Hobart by 40 runs. None of the key batsmen performed consistently, although number three Shaun Marsh hit a fighting 106 in the decider on Sunday. Finch admitted "we're all under pressure when we lose, no doubt about that" and hinted at changes ahead of their next series against India, ranked two in the world, in January.

"Between the batting line-up not having got it right for a little while now there's going to be questions asked whether it's Maxi, Lynny, Heady, or myself or Stoin," he said, referring to Glenn Maxwell, Chris Lynn, Travis Head and Marcus Stoinis.

"It's important that we really nut out the balance of the side and get that right over the next two months.

"We have to either adapt our game plan a little bit around the way the side structures up best or we slightly change our personnel to fit a style that we think can win."

Big-hitting Lynn was elevated to open the batting in Hobart in a bid to get quick runs on the board, but it failed spectacularly when he was out first ball.

Despite this, Finch said the powerful right-hander, a prolific scorer in twenty20s, is likely to open again as Australia look for more aggression early in the innings.

Lynn, who has played 14 twenty20 internationals, is still developing in the longer form of the game, but showed his abilities in the second game of the three-match series by smacking 18 off the first four balls of a Kagiso Rabada over.

He was out on the fifth, but Finch said it demonstrated how he can turn a game.

"We saw it in Adelaide when he flicked the switch against Rabada in that over. Yes, he got out, but he changed the whole momentum of the game totally," he said.

Glenn Maxwell Cricket Australia vs India 2018/19
Get the latest updates on India vs England Series, India vs England , live score and IPL 2021 Auction . Like us on Facebook or follow us on Twitter for more sports updates. You can also download the NDTV Cricket app for Android or iOS.