Nathan Lyon had picked eight wickets each in both the Tests against India. 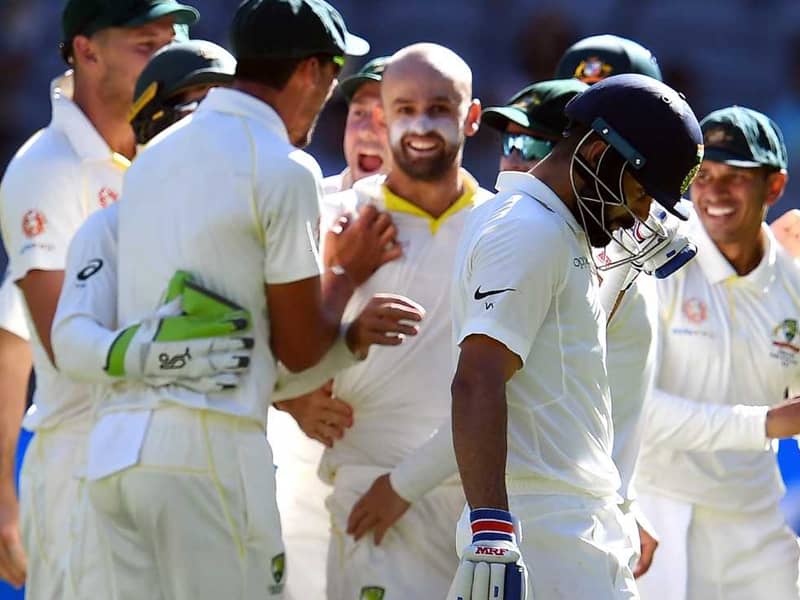 Nathan Lyon was the one bowler Indian batsmen failed to pick in the ongoing Test series.© AFP

Nathan Lyon was the one bowler Indian batsmen failed to pick in the ongoing Test series. Be it India's win in Adelaide or loss in Perth, Lyon proved to be a vital cog on both the occasions. However, former Indian skipper Sourav Ganguly in an interview to India TV said that the visitors should attack Lyon more often. Ganguly was also of the opinion that the Indian batsmen have shown the off-spinner too much respect by defending his deliveries outside the off-stump.

"I had thought of sending a text to Kohli but I haven't done it yet. I wanted to tell him that you shouldn't give so many wickets to spinners outside the subcontinent. There is no doubt that Nathan Lyon is a great spinner but so were Shane Warne, Muttiah Muralitharan and Graeme Swann," Ganguly said.

"They have shown him (Nathan Lyon) too much respect by defending a lot of deliveries outside the off-stump. Instead, I feel they should attack him more and look to build towards at least a total in excess of 300-350," the 46-year-old added.

Senior spinner Lyon picked eight wickets each in both the Tests. He also contributed with 38 runs in the Adelaide Test.

A veteran of 82 Tests, Lyon has picked 334 wickets at a bowling average of 31.60 in the longest format of the game.

Australia will host India for the Boxing Day Test starting on December 26 in Melbourne. The final Test will be played in Sydney, starting from January 2, 2019.