"Still Two Tests To Go And India Can Win Both": Sourav Ganguly After Loss In Perth

India won the first Test in Adelaide by 31 runs but lost the second match in Perth by 146 runs. 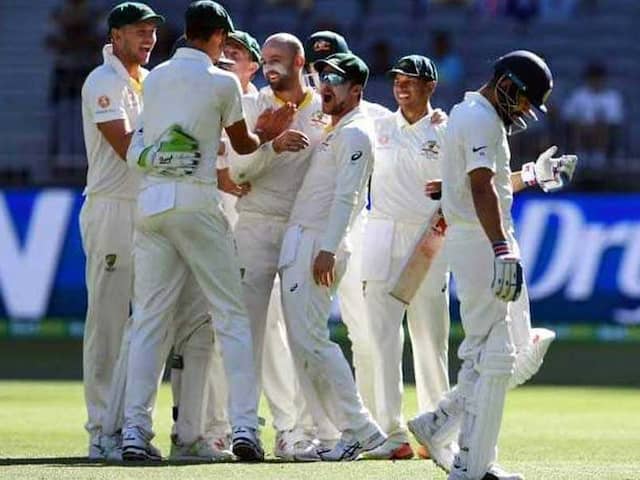 Virat Kohli was dismissed for 17 in the second innings of the Perth Test.© AFP

India lost the second Test in Perth by 146 runs as Australia levelled the four-match series 1-1. Soon after the crushing defeat, criticism poured in for the Indian team from all quarters. Ranging from bowling selections to on-field confrontations between Indian skipper Virat Kohli and his Australian counterpart Tim Paine, the Indian team drew flak from media and former cricketers. But former India skipper Sourav Ganguly has now come out in support of the team and has backed India to win the series with two more Tests to go. "Lots of talk going around in media specially Australian .. watch out for india against this australia ..still two tests to go and india can win both.. don't go too far ahead everyone @bcci," Ganguly wrote on Twitter.

Lots of talk going around in media specially Australian .. watch out for india against this australia ..still two tests to go and india can win both.. don't go too far ahead everyone @bcci

With a track conducive to fast bowling, India opted to go into the second Test with four frontline seamers and didn't pick a spinning option. But Australia's off-spinner Nathan Lyon claimed eight wickets in the match, helping the home team clinch an emphatic win.

Defending his decision to go in with four pacers Kohli said, "When we looked at the pitch, we didn't think about the (Ravindra) Jadeja option. We thought four quicks would be enough. Nathan Lyon bowled really well. We never thought about the spin option to be honest."

After the first two Tests in Adelaide and Perth, the four-match Test series is currently levelled at 1-1.

For the final two Tests India have roped in Mayank Agarwal and Hardik Pandya in the squad while Australia on Wednesday announced the same 13-man team.

The third match of the series will be played in Melbourne from December 26.