Nathan Lyon had dismissed Virat Kohli in the second innings of the Perth Test. 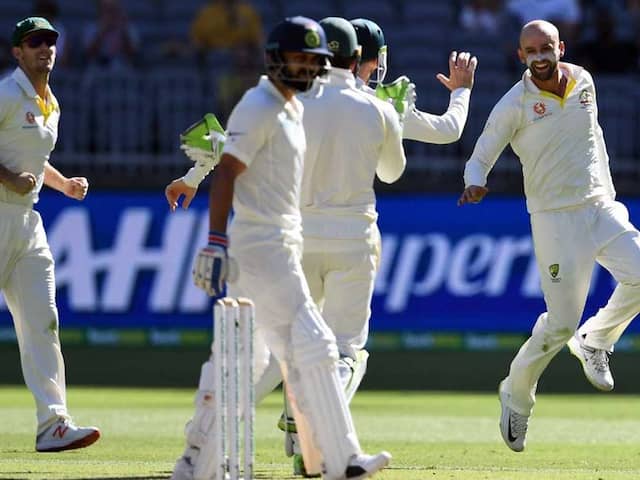 Nathan Lyon celebrated the wicket of Virat Kohli in the second innings.© AFP

Virat Kohli was the most important wicket for the Australians and off-spinner Nathan Lyon got rid of the Indian skipper in the second innings of the Perth Test. The 30-year-old Kohli scored a dominating century in the first innings to help the visitors post a decent total but failed to impress in the second innings as he was dismissed for only 17 runs by Lyon. It was also the seventh time Lyon got the wicket of Kohli in Tests -- the most by any bowler. In the post-match interview, Lyon, adjudged the man of the match said that getting Virat's wicket and to be able to compete with the No.1 batsman was pretty special.

"Virat is the number one player in the world, to compete against him and to be able to take his wicket is pretty special," Lyon, who picked eight wickets in the Perth Test said.

Apart for Kohli, Lyon also dismissed Rishabh Pant twice in the Perth Test and the off-spinner said it is a great challenge to bowl to the Indian youngster and he is a wonderful striker of the ball.

"Pant is a wonderful striker of the ball, he's a special talent and it's always a great challenge to bowl to him," Lyon said.

Senior Australian spinner Lyon, with an experience of 82 Tests was picked as the only specialist spinner in the both the matches against India.

Despite the hosts' loss in the Adelaide Test, Lyon had picked up eight wickets and will be a key bowler for Australia throughout the series.