"You Cant Like Him As A Bloke": Tim Paine Asks Murali Vijay About Virat Kohli. Watch Video

Tim Paine has been at odds with Virat Kohli for quite a while now. 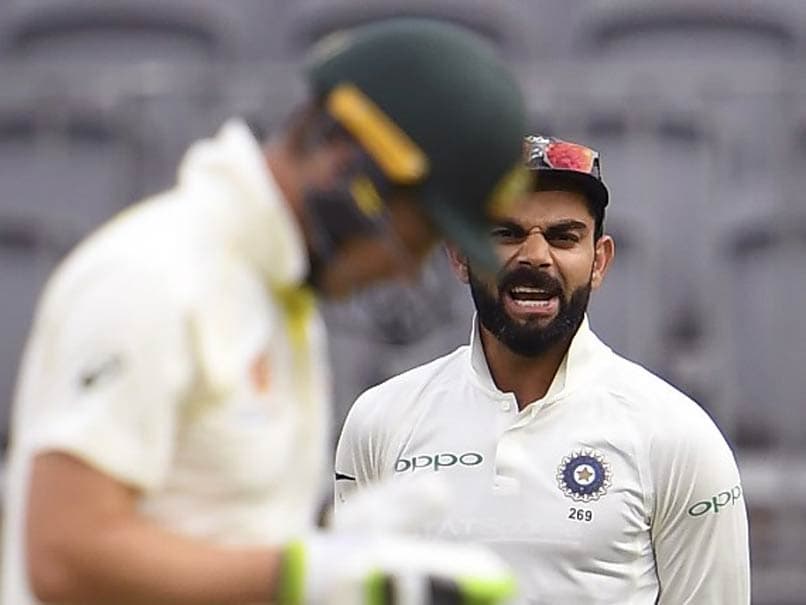 Virat Kohli and Tim Paine have been at loggerheads from the beginning of the 2nd Test in Perth.© AFP

The Australian cricketers, fans and media just can't get Virat Kohli out of their system. Australian skipper, Tim Paine, has been involved in an ongoing war of words with Virat Kohli and there seems to be no end in sight. After the umpire had to separate the two when Paine was batting, the Australian then turned to Murali Vijay on Day of the second Test and continued the conversation related to the Indian captain. "I know he's your captain but you can't seriously like him as a bloke," a tweet quoted Paine as telling Murali Vijay about Virat Kohli.

Tim Paine to Murali Vijay on stump mic: "I know he's your captain but you can't seriously like him as a bloke." #AUSvIND pic.twitter.com/fY0eRKCKXm

The spat has also kept the twitterati in action with fans from both sides taking up cudgels in favour of their own captains.

Virat Kohli Tim Paine Australia vs India 2018/19 Australia vs India, 2nd Test Cricket
Get the latest updates on ICC T20 Worldcup 2022, check out the Schedule and Live Score. Like us on Facebook or follow us on Twitter for more sports updates. You can also download the NDTV Cricket app for Android or iOS.