Virat Kohli and Tim Paine exchanged words during the final over of Day 3. 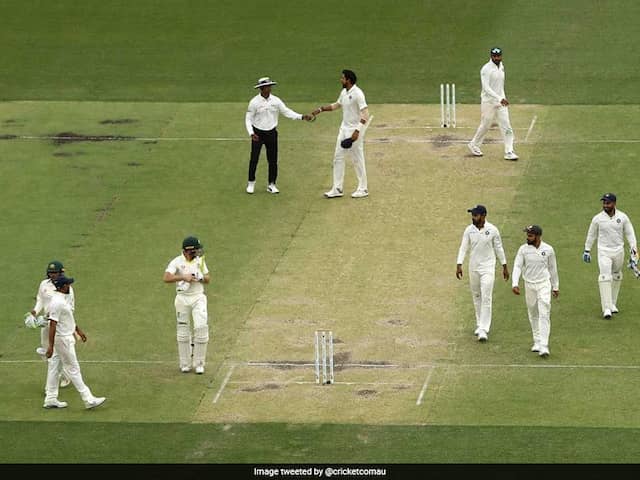 Virat Kohli has not kept aback and often taken a go at the Australian cricketers.© Twitter

Virat Kohli has not kept quiet and has often taken a go at the Australian cricketers during the ongoing Test series. Indian team skipper Kohli on Sunday was at his aggressive best as he took a dig at rival skipper Tim Paine during the third day of the second Test. The incident happened after the visitors went for a huge caught-behind appeal in the final over of the day. The stump microphones picked up Virat Kohli saying, "if he messes it up, it's 2-0," while referring to the Test series lead. Tim Paine promptly replied: "You've got to bat first, big head".

The verbal exchange between the two skippers also carried on as they left the ground at stumps.

A quick recap of an epic day's play between the skippers at the close of play.

Kohli (123) has already scored one century in the ongoing Test series while had scored 41 runs in the Adelaide Test. Kohli, with his 25th Test century on Day Three, also recorded his seventh ton against Australia. He hit 11 fours in the battling 214-ball ton after coming to the crease on a fast and bouncy pitch with his team in trouble at eight for two in reply to Australia's first innings total of 326.

Paine, on the other hand has only five half-centuries to his name. His highest score is of 92 runs in the longest format of the game. Australia currently trail 0-1 in the four-match Test series.