The win in Perth is skipper Tim Paine's first win as Australia captain since taking over from the suspended Steve Smith in South Africa. 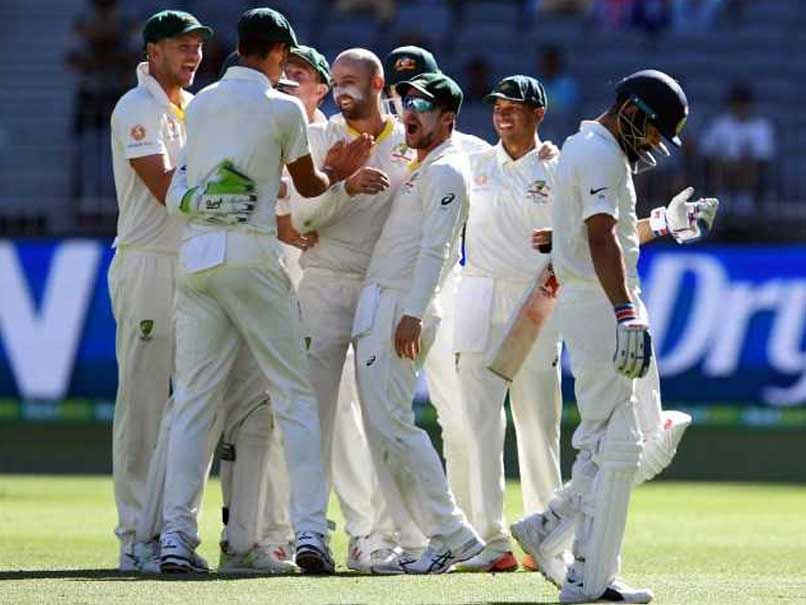 Australia produced an all round performance to beat India by 146 runs in the second Test of the four-match series at Optus stadium in Perth on Tuesday. With the comprehensive win, the hosts levelled the Test series 1-1 with two more matches to be played in Melbourne and Sydney. The win in Perth is also skipper Tim Paine's first win as Australia captain since taking over from the suspended Steve Smith in South Africa, and also the first victory for coach Justin Langer. Spinner Nathan Lyon was once again the pick of the Australian bowlers as he claimed eight wickets in the match to help the hosts make things even before heading in to the Boxing Day Test in Melbourne, starting December 26.

Tim Paine's team broke into a wild celebration, sparked by the 146-run win, Australia's first Test win since the ball-tampering scandal in March.

Australia made a light work of the Indian lower order, dismissing them inside the first 40 minutes on the final day, ending a six-match winless streak.

On the other hand, Virat Kohli's Team India, who are hoping for a historic first Test series win on Australian soil, got a reality check after their famed batting line-up was exposed by Australian bowlers.

Set 287 to win, India resumed at 115/5 on the final day and never looked confident enough to pull off a miraculous victory, losing their last five wickets for just 21 runs.

Left-arm paceman Mitchell Starc finished with 3/46, while spinner Nathan Lyon, who was adjudged the man of the match, took 3/39 on a feisty pitch. For India, Ajinkya Rahane made 30 with the bat and Rishabh Pant also got 30 runs.

Having already lost star batsman and centurion of first innings Virat Kohli for 17 on the fourth day, India's hopes rested on Hanuma Vihari and Rishabh Pant.

However, Vihari added just four to his overnight score and fell to Mitchell Starc for 28.

Pant, who was running out of partners, tried to force the issue but miscued a drive off Nathan Lyon low to midwicket, where Peter Handscomb dived to his left and took another excellent catch.

His dismissal for 30 left only India's fragile tail with exactly 150 needed and ended any hope of them pulling off an unlikely win.

Umesh Yadav lasted 23 balls as India slid to 139 for eight.

Ishant Sharma was in no mood to hang around and backed right away, edging a Pat Cummins delivery through to wicketkeeper Paine for a duck.

The last man to fall was Jaspir Bumrah, who went for a big shot and only succeeded in skying a chance back to bowler Pat Cummins.

The series now heads to Melbourne, with the Boxing Day Test starting on December 26 and India, who won by 31 runs in Adelaide, will be looking to regroup as they seek to win their first-ever Test series in Australia.