This was Tim Paine's first Test victory as captain. 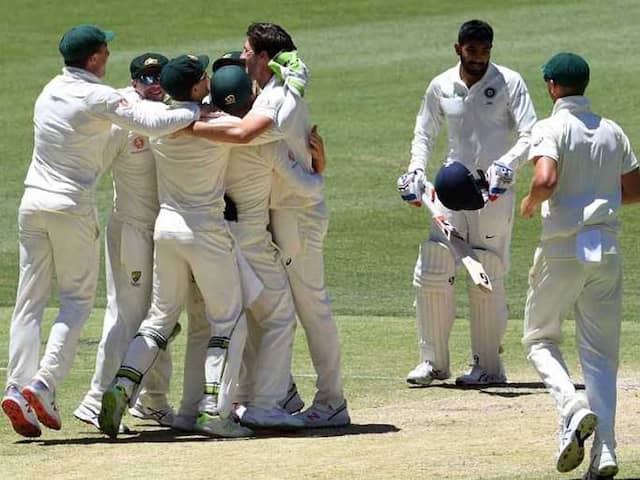 Australia made a light work of the Indian lower order.© AFP

The Australian cricket team is going through the worst crisis of its cricketing history. The 146-run win over the number one Test side in the world however sparked some spirited celebrations by Tim Paine's team in Perth on Tuesday. The hosts produced a clinical performance in the second Test of the four-match series at the Optus Stadium in Perth to beat India and level the series 1-1 with two matches still to be played. Paine, who recorded his first win as Australia's Test skipper since taking over from banned Steve Smith in March, said that it a big relief to break the six match winless streak and he is really proud of his team.

"It's a big relief, because the first Test win has taken a while. Really proud of all our players and all our staff. We have been getting better over the last few months and I think this is a reward and we now shift our focus to the MCG," Paine said at the post-match presentation.

"It was a difficult Test, both games were tough. Two really competitive sides and two really good fast bowling attacks. It's been hard work for batsmen and it was a great contest, because the ball was flying through here. The roller had a real effect in the morning because it had settled the pitch down but we knew we could open up the game later with our bowlers. It's about being patient in that first session," Paine added.

Australia made a light work of the Indian lower order, dismissing them inside the first 40 minutes on the final day, to win their first Test match since the ball-tampering scandal in South Africa.

Set 287 to win, India resumed at 115/5 on the final day and never looked confident enough to pull off a miraculous victory, losing their last five wickets for just 21 runs.

Spinner Nathan Lyon, who won the man of the match award, claimed eight wickets in Perth drawing huge praise from his skipper.

"It's great to have Lyon in our team. Every team would want to have him in their team. You can throw him the ball in any condition, at any end, any time against any team and he loves bowling to the best players in the world. It's a huge honour to captain the Australian side. Now to do it at the MCG for the Boxing Day Test is a special feeling. We all can't wait to get to Melbourne."

On the other hand, Virat Kohli's Team India, who are hoping for a historic first Test series win on Australian soil, got a reality check after their famed batting line-up was exposed by Australian bowlers.

India and Australia will now battle it out in the Boxing Day Test at Melbourne Cricket Ground, starting December 26.

Australia Cricket Team Tim Paine Australia vs India 2018/19 Cricket Australia vs India, 2nd Test
Get the latest Cricket news, check out the India cricket schedule, Cricket live score . Like us on Facebook or follow us on Twitter for more sports updates. You can also download the NDTV Cricket app for Android or iOS.