VVS Laxman scored a gritty 281 against Australia back in 2001 to help India win a historic Test match at Eden Gardens. 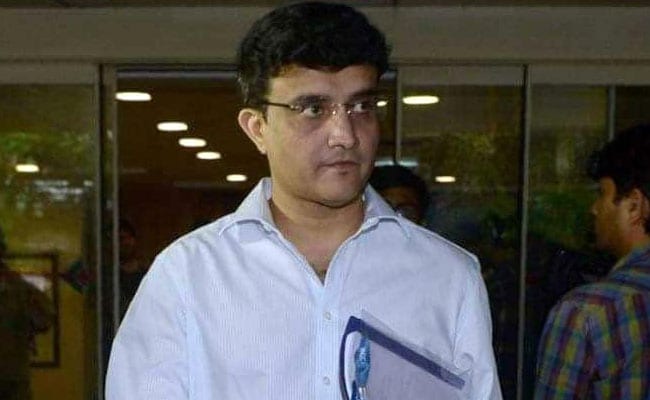 India went on to win the series 2-1 against Australia.© File Photo/AFP

Former India captain Sourav Ganguly said his career was saved by VVS Laxman during the famous Eden Gardens Test back in 2001. Laxman had scored a gritty 281, which had put Australia on the back foot, and helped India win the match. Speaking at the Kolkata release of Laxman's autobiography "281 And Beyond" co-authored by R. Kaushik, Ganguly said Laxman's marathon innings in the second essay not only saved the country the blushes, but also helped him as captain during his early days.

Ganguly even went on tostate that the book should have been named "281 And Beyond, and saved Sourav Ganguly's career."

"The title of the book is not right. It should have been 281 and beyond, and saved Sourav Ganguly's career," Ganguly said in his opening address along with pace ace Zaheer Khan by his side.

"If he had not scored 281, we would have lost the game," Ganguly said. On the back of the match-fixing scandal, Indian cricket was in doldrums when Australia came calling in 2001. In the first Test in Mumbai, the mighty Aussies under Steve Waugh registered a thumping 10-wicket win to make it 16 consecutive victories.

Heading into the second Test at the Eden Gardens, India were staring at a crisis. Waugh's first hundred in India helped the team to 445 all out. The highlight for India was Harbhajan Singh, who became the first Indian bowler to take a hat-trick as he took 7/123.

India were bowled out for 171, with Laxman, who was not supposed to play the match due to a back injury, making 59 as India trailed by 274 runs.

In the second innings, they had reached 232/4 before Laxman, along with Rahul Dravid (180), stitched together a partnership that would change the course of not only the match, but also Indian cricket.

"After tea on the last day, I started to believe we could win the Test," Laxman said when quizzed when did he start sniffing that an improbale win was on the cards.

"That win at the Eden Gardens not only helped Indian cricket but also taught us life lessons. We should never give up, always try to find a solution to everything.

"The substitute Hemang Badani took a blinder at forward short leg, Sachin took three wickets...the feeling after the Kolkata and Chennai Test were the best, and I have never felt like that again," said the stylish right-hander who played 134 tests amassing 8781 runs at 45.97.

Laxman also said not being picked for the 2003 World Cup was the lowest phase in his career and he contemplated quitting the game after that.

"It was the lowest phase in my career. I was with the India A team during that time and closely followed the Indian team's fortunes. I did not want to go for the India A tour but my father pushed me. Later, I went to the US to spend time with my friends there and I thought then that I would not play again.

"I realised after two weeks that I was missing hitting the cricket ball. Later, I thought that I was being childish. Playing so for 16 years for the country and being part of the No.1 Test side is also satisfying," said the 44-year old who donned the national colours in 86 ODIs scoring 2338 runs at 30.76 with six centuries.

Ganguly, who captained India to the 2003 World Cup final in South Africa where they lost to Ricky Ponting's Australia in the final, said it might have been a mistake dropping Laxman from the squad.

"I would have had VVS in every team. As a captain, you take decisions which are not right and wrong. It could have been a mistake. He would have got runs in any format. He is that kind of a player. If he made the team, we would not have been weaker," Ganguly said.

Laxman made a stupendous comeback and scored a jaw-dropping century against Australia in Gwalior.

He followed it up with three more centuries in the triangular series, involving Australia and Zimbabwe. The right-hander turned out to be the second-highest run scorer in the series after Adam Gilchrist with 443 runs in 10 matches.

Australia Cricket Team Sourav Ganguly VVS Laxman Cricket
Get the latest updates on T20 World Cup, check out the T20 World Cup Schedule and Live Score . Like us on Facebook or follow us on Twitter for more sports updates. You can also download the NDTV Cricket app for Android or iOS.