Pat Cummins Always Delivers When Chips Are Down: Aaron Finch

Cummins (3/72) was the pick of the Australian bowlers, claiming the wickets of centurion Cheteshwar Pujara, debutant Mayank Agarwal and Hanuma Vihari. 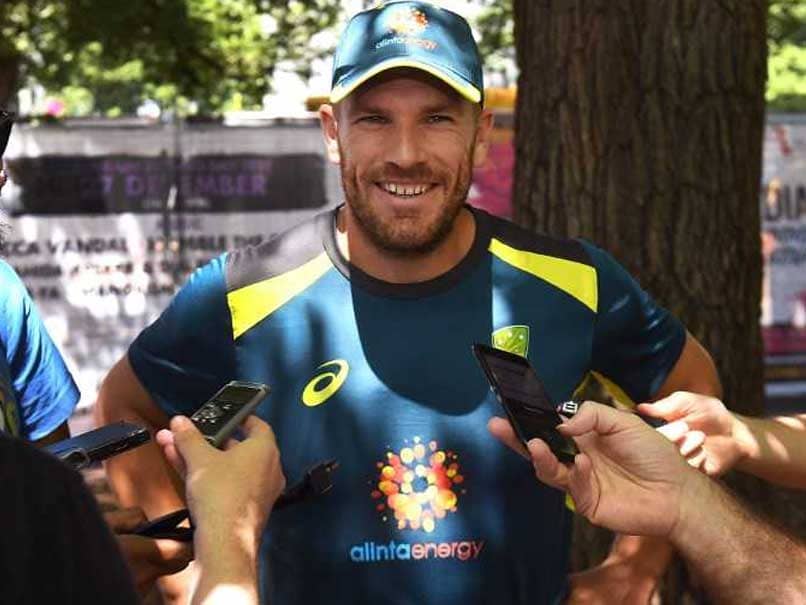 Aaron Finch is playing the MCG Test with a finger injury.© AFP

Australia opener Aaron Finch on Thursday heaped praise on pacer Pat Cummins, saying he is one bowler who rises to the occasion when the pitch has nothing to offer. The Melbourne Cricket Ground (MCG) has been a flat one with little on offer for the bowlers. Batting first, India declared at 443/7 with Cheteshwar Pujara scoring a classy ton and captain Virat Kohli (82) also chipping in to put the tourists in control after second day's play. Cummins (3/72) was the pick of the Australian bowlers, claiming the wickets of centurion Pujara, debutant Mayank Agarwal (76) and Hanuma Vihari (8).

"I think Patty Cummins was 34 overs for the innings and then to strap the pads on to be night-watchman is a pretty brave effort.

"I think the way that Pat keeps fronting up and coming back is a real testament to his fitness.

"He probably didn't get the rewards he deserved in the first two Tests, but you've heard every coach say it, you can bowl a lot worse and get a lot more wickets," Finch said.

"I'm sure his rewards will come. There's pace, there's bounce, when there's not a lot happening he seems to be the guy who can make something out of nothing. Touchwood that continues for a long time.

"He's a super player, talent with the bat, with the ball, in the field, although he dropped one today that's beside the point. He's just a super package as a cricketer and an even better bloke as well."

Australia toiled in the field for almost two days, bowling 169.4 overs to the Indian batsmen.

Talking about the bowling unit as a whole, Finch said, "It was a long stint. I think having Mitch Marsh there was a real crucial part of that bowling attack, the way he controlled the run rate as well.

"The amount of work the guys did bowling to plans it would've been easy particularly in that second session today to let the game really get away from us. Before you know it they're 450-500 just after tea and it's a tough way back into the game then.

"The way they were grinding away and rolled up their sleeves and did the hard work was outstanding. Obviously, they're tired, no doubt."

Asked about the wicket, Finch admitted it was steadily deteriorating and all three results are possible in the third Test despite a slow Indian first essay.

The hosts were 8/0 at stumps in reply.

"It's not your traditional Australian wicket where you have three slips and a gully all day and you bang away, and the ball seams and carries like we saw in Perth. There, a lot of dismissals were behind the wicket," Finch said.

At the end of day's play, he added, "On such pitches, I think you've just got to adapt your gameplan and regardless of what the wicket is, you've got to be good enough to adapt and change your plans and execute on the day."

"This wicket is probably deteriorating more than we thought it would. Even tonight it was skidding through, there were a couple that took off. So it's still game on if we bowl well and put India under pressure (in the second innings).

"I think all three results are still on the table, 100 per cent, India (victory), Australia (victory) and a draw," he added.

Melbourne Cricket Ground Australia vs India 2018/19 Cricket
Get the latest updates on India vs Australia Series, check out the India vs Australia Schedule for 2020-21 and Ind vs Aus live score . Like us on Facebook or follow us on Twitter for more sports updates. You can also download the NDTV Cricket app for Android or iOS.