Mayank Agarwal was included in the team for the Melbourne Test after openers KL Rahul and Murali Vijay failed to perform in the first two Tests. 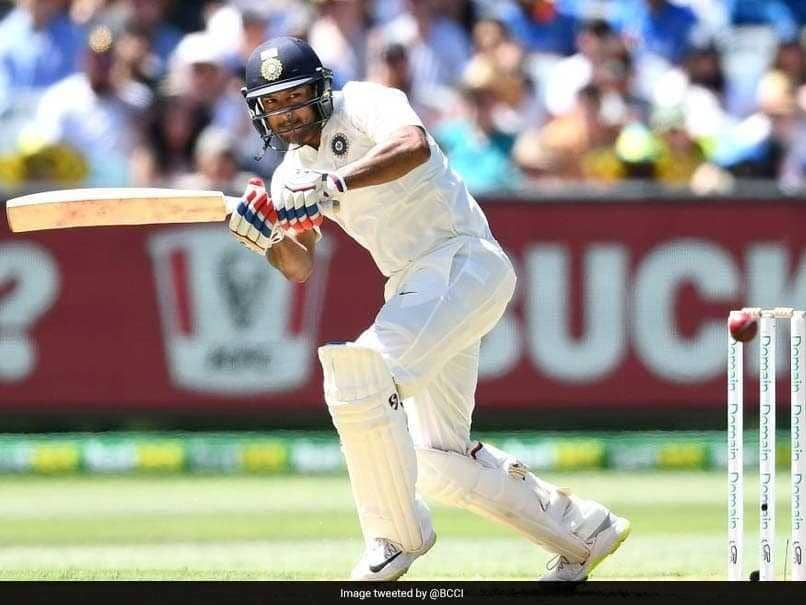 Mayank Agarwal 76 runs on Day 1 on the third Test.© Twitter

Mayank Agarwal scored a courageous 76 on his debut against Australia in the Boxing Day Test. The gritty knock from the 27-year-old opener was the highest score by any Indian debutant in Australia. With both KL Rahul and Murali Vijay failing to perform in Adelaide and Perth, Agarwal's innings provided India a steady start in the first innings of the third Test. Hailing the effort from the Karnataka batsman, former cricketer Madan Lal termed Agarwal's contribution as crucial. “Mayank Agarwal played really well innings. He showed a good attitude and played with a lot of confidence. Playing your first Test in front of this huge crowd of MCG (Melbourne Cricket Ground) is a big deal for any cricketer," Madan Lal was quoted as saying by ANI.

“Agarwal's contribution was crucial. It is because of his smashing opening innings that India managed a good total in the end,” he added.

The former cricketer also acknowledged the pivotal role played by top-order batsman Cheteshwar Pujara and skipper Virat Kohli. He said that both the players are supremely talented and executed the job perfectly for their side.

“Whole credit goes to Pujara and Kohli. Pujara is a kind of player who spends a lot of time on the wicket which helps him get more and more runs. Same is the case with Kohli. When he starts batting it feels like he would score a hundred. Players like Pujara and Kohli are taking the Indian team forward,” Lal said.

When asked about India's overall performance in the third Test so far, the former all-rounder opined that what went in India's favour in this particular match was that they got a solid start.

“India batted really well. What went in their favour was that they got a good start. It was missing in the first two Tests. When you get a good start, other players also get confident and motivated to take the team's score towards a big total,” he said.

Talking about India's chances in the Melbourne Test, Madan Lal said that Australian batting lineup mostly consists of attacking batsmen which might not be helpful in these conditions adding that Indian bowlers are capable enough to take their team home.

“I feel we will successfully defend the total. I believe that India could win this match and they will. The Australian batting lineup mostly consists of attacking batsmen which might not be helpful for them, especially, in these conditions,” he said.

“Our bowlers are in very good form. There is no doubt that they would make India win the Test match. If they succeeded in taking early wickets then Australia will be under pressure. Only very special innings in the remaining days of the Test match can save Australia. We stand more chances of winning the Test match,” he added.

In reply to India's first innings total of 443 runs, Australian openers Aaron Finch and Marcus Harris remained unbeaten on the respective scores of five and three. Australia are trailing the first innings by 435 runs.