Cheteshwar Pujara also went past 2000 Test runs away from home in his 31st match at an average of over 39. 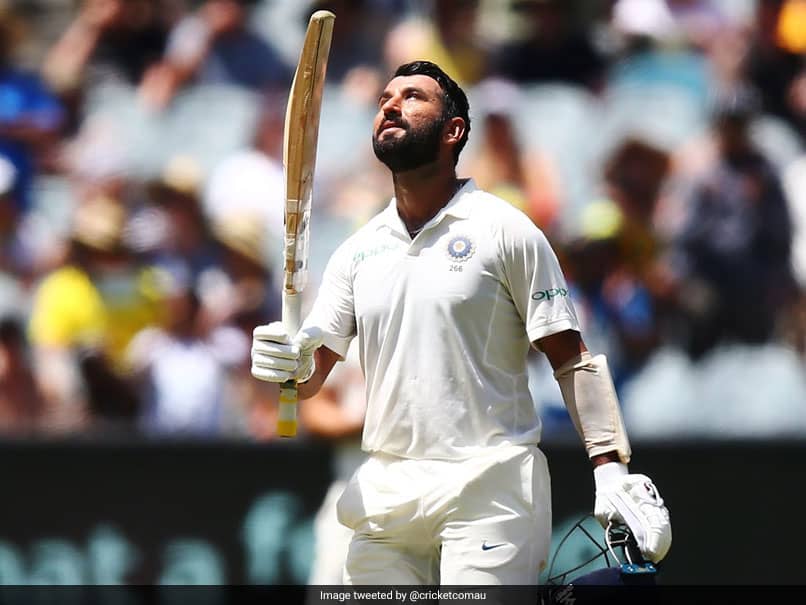 Cheteshwar Pujara is also the highest-run scorer of the ongoing Test series.© Twitter

Cheteshwar Pujara brought up his 17th Test century and second of the series with a beautiful drive off Nathan Lyon for four on day two of the third Test against Australia in Melbourne on Thursday. The experienced Pujara, who has scored more runs and faced more balls than any other batsman in the series, was 68 not out overnight and continued slowly to build on his total. Pujara's fourth Test century against Australia is also his slowest in the longest format of the game and also the third slowest by an Indian in Australia, behind Sunil Gavaskar (286 balls, Adelaide 1985) and current India coach Ravi Shastri (307 balls, SCG 1992). Pujara is also the fifth Indian batsman to score a century in the Boxing Day Test.

This is the first time Pujara has scored two centuries in an overseas Test series.

With this century, Pujara has surpassed former India captain Sourav Ganguly, who has 16 Test centuries to his name.

At lunch on day two, India were 277 for two with Pujara not out on 103 and Kohli on 69, leaving Australia facing mounting problems on a lifeless pitch offering little for the bowlers.

India lost opening pair Hanuma Vihari and Mayank Agarwal on day one but it only served to bring two of the world's best batsmen together, with their partnership now worth 154.

Melbourne Cricket Ground Cricket Australia vs India, 3rd Test
Get the latest updates on IPL 2021, IPL Points Table , IPL Schedule 2021 , live score . Like us on Facebook or follow us on Twitter for more sports updates. You can also download the NDTV Cricket app for Android or iOS.