The 27-year-old Mayank Agarwal broke into the Indian XI after openers Murali Vijay and KL Rahul were dropped due to their poor performances. 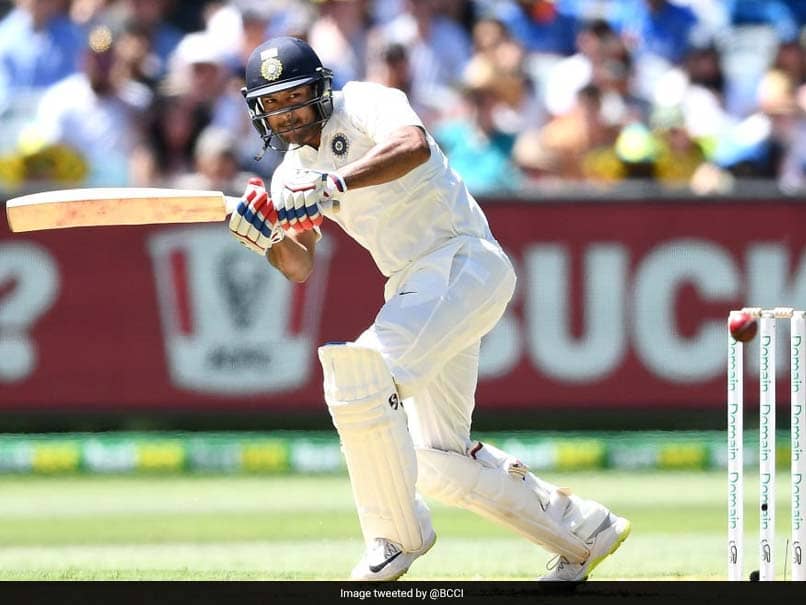 Mayank Agarwal made an early mark in Test cricket.© BCCI/Twitter

Mayank Agarwal made an early mark in Test cricket as he notched up 76 runs on debut against Australia on day one of the ongoing Boxing Day Test on Wednesday. Mayank Agarwal made batting look easy from the outset while openers KL Rahul and Murali Vijay struggled to get among runs in the previous matches. The 27-year-old notched up eight boundaries and one hit over the fence on his way to become the highest run-scorer for India on Test debut in Melbourne, Australia. The previous record was held by Dattu Phadkar, who had scored 51 runs on his debut in Sydney, back in December 1947.

Bangalore-born Mayank Agarwal broke into the Indian Test squad after openers Rahul and Vijay were dropped due to their poor performances.

Agarwal has an exceptional first-class record, including a triple century, which was scored in November 2017. He has played 46 first-class and 75 List A matches for Karnataka, averaging close to 50 in both. He has played 111 T20 matches.

Agarwal had made his first-class debut in November 2013 for Karnataka against Mysore while his List A debut came against Tamil Nadu, back in February 2012.

The four-Test series is tied 1-1 after India won the opening clash in Adelaide by 31 runs and Australia drew level with a 146-run victory in Perth, making Melbourne a crunch encounter.

After two lively pitches in Adelaide and Perth produced results, the track prepared for the Melbourne Cricket Ground was offering little early on for Australia's pace attack.

Melbourne Cricket Ground Cricket
Get the latest updates on IPL 2020, check out the IPL Schedule for 2020 and Indian Premier League (IPL) Cricket live score . Like us on Facebook or follow us on Twitter for more sports updates. You can also download the NDTV Cricket app for Android or iOS.