The series is currently poised at 1-1, with Australia clinching the second Test in Perth by a 146-run margin. 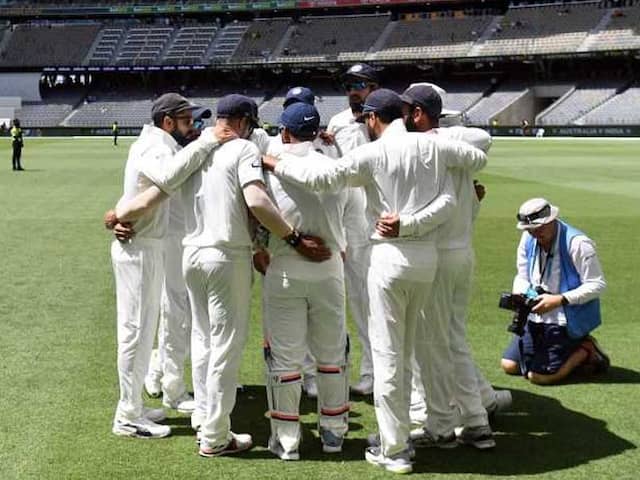 The India vs Australia series is currently level at 1-1.© AFP

As the India vs Australia series moves into the third Test in Melbourne, Team India look revitalised with the return of Rohit Sharma and Ravindra Jadeja, and the inclusion of attacking batsman Mayank Agarwal, who has been waiting for his Test cap for quite sometime now. For the Boxing Day Test, India have dropped openers KL Rahul and Murali Vijay, which gives youngsters Hanuma Vihari and Agarwal the chance to open the innings, and set an impression. After being deflated by 146 runs in the second Test in Perth, India after a week's break will be putting their best foot forward.

While there was a temptation to play all-rounder Hardik Pandya, a fit-again Rohit Sharma will give the cushion of an extra batsman. Indian team management in a departure from its convention, announced their playing XI, a day prior to the match ending speculations about the possible team combination. Time had already run out for Rahul, who had scored only 48 runs in four innings this series, including a highest of 44 in the second innings at Adelaide.

In this year's overseas cycle alone, his average had dropped down to 20.94 in nine Tests with only one fifty-plus score. Vijay had done no better previously scored 49 runs in four innings this series, including a highest of 20 in the second innings at Perth. Overall in 2019, he only averages 18.80 in eight Tests, with one hundred against Afghanistan. Otherwise his highest score this year is 46 in the first innings against South Africa at Centurion. In this year's overseas cycle, his average drops down to 12.64 in seven Tests.

The sheer numbers indicated that the two couldn't be persisted with as they had become "walking wickets" for the Australian new ball bowlers. Chairman of selectors MSK Prasad, who is present in Melbourne indicated that Vihari is being looked as a stop-gap solution (with Prithvi Shaw injured).

Agarwal though has earned his place by sheer weight of runs in domestic cricket as well as for India A and couldn't be ignored any further by either selectors or the team management.    While Vihari bats at number three for Andhra, he has previously opened for Hyderabad earlier in his first-class career. It suffices to say that he has impressed the team management sufficiently in his two Test outings thus far to be handed this responsibility against Mitchell Starc, Pat Cummins and Josh Hazlewood.

Even so, this new strategy from the think tank again puts the spotlight on Rohit Sharma, who will be eager to make an impression after yet another batting order shuffle to accommodate him.    In the past, India have dropped Cheteshwar Pujara (Sydney, 2014), moved Ajinkya Rahane to number three (Colombo, 2015), and even skipper Virat Kohli has batted at number three (St. Lucia, 2016) to make way for Sharma in the line-up. The batsman continues to underwhelm with his indifferent Test form, albeit he did score an attacking 37 runs at Adelaide out of India's first innings total of 250.

India's third change is pertaining to their bowling attack. After getting the balance awfully wrong in Perth, they have included a spinner along with Ishant Sharma, Mohammed Shami and Jasprit Bumrah. Left-arm spinner Ravindra Jadeja has recovered sufficiently from his shoulder stiffness and takes Umesh Yadav's spot in the playing eleven. This was after off-spinner R Ashwin was ruled out of this third Test, as he still needs more time to recover from his left abdominal strain.

Australia too have made one change to their playing eleven. Peter Handscomb, who is short of runs, makes way for all-rounder Mitchell Marsh, albeit the latter isn't in the best form himself. The hosts have made this change keeping in mind the placid nature of the MCG pitch, which was rated poor by the ICC after a drab draw played out against England here in December 2017.

The pitch for this 'Boxing Day' Test sported some grass on the top surface, and both teams talked about the possibility of some moisture in the wicket as well.

However, Australian coach Justin Langer and opener Marcus Harris have previously warned about the grass being not too productive here unlike in Adelaide and Perth, and with the sun beating down, the wicket could yet turn out to be a flat surface thus explaining their one change to bolster the bowling unit.    The match starts at 05:00 am IST.

Melbourne Cricket Ground
Get the latest Cricket news, check out the India cricket schedule, Cricket live score . Like us on Facebook or follow us on Twitter for more sports updates. You can also download the NDTV Cricket app for Android or iOS.