"It Wasn't Easy To Check Emotions And Focus": Mayank Agarwal On Melbourne Debut 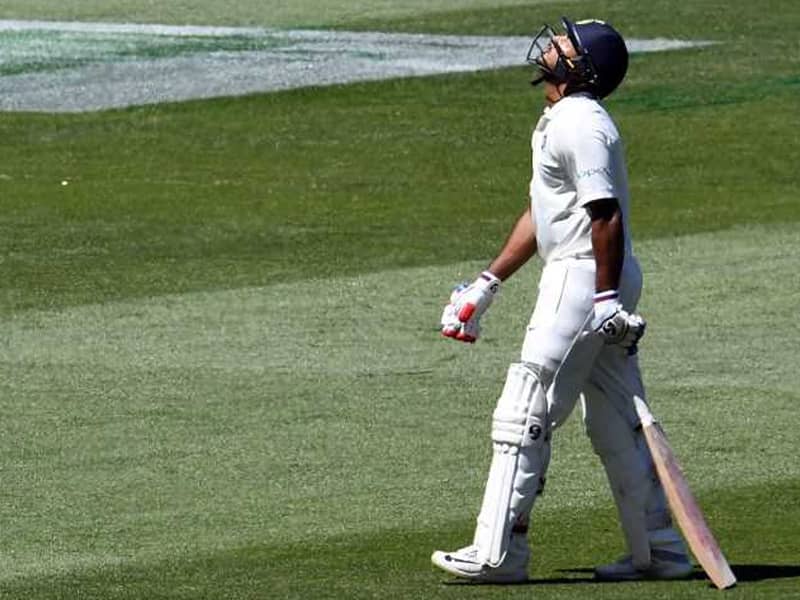 Mayank Agarwal now knows how mentally taxing a Test debut in Australia can be. Mayank Agarwal, who had to wait for his India debut for the past one year, said that he found it difficult to focus when he finally made his debut at the Melbourne Cricket Ground on Wednesday. "It was a tremendous feeling to get the India Test cap. I had a lot of emotions (running through mind) when I got the cap. I will cherish it for the rest of my life. The first thought was 295 (his India cap number)," Agarwal said after his impressive 76 at the iconic Melbourne Cricket Ground.

But the occasion does get better at times, especially when someone scores a mountain of runs and is kept waiting for that elusive India cap. "It wasn't easy to get hold of those emotions and focus there, but it needed to be done. I just stuck to my plans and just kept telling myself, ‘there is a plan that I have to go through and I am just going to stick to that'. Even though it was overwhelming, it was good and I am happy with the way I started," Mayank Agarwal added.

Agarwal felt good that the seniors came up and egged him to leave a mark on his debut. "It's a big stage, and a big opportunity, and I had the seniors walk up to me, telling that bigger the day, bigger the opportunity to leave a mark," said Agarwal, who became only the seventh Indian opener to score a half-century on Test debut and also registered the highest score for a debutant Indian batsman on Australian soil.

"I am happy but obviously I would have liked more (runs). I would definitely take 76 rather than take something less than that. That said I would have liked to go on, and score more runs and stay not out at the end of the day," Agarwal seemed content.

For the past one year, it has been a case of living in hope for the 27-year-old but he never felt disheartened as he was constantly playing domestic and A-tour matches, which kept him in good stead.

"Well, I was very happy when I got picked against West Indies. It was a big moment for me. From then on, it wasn't in my hands. Deciding whether I am going to play or not, or getting picked or not is not in my hands.

"But the good thing was that there was a lot of domestic cricket, and a lot of India A games. So, you make sure you go out there and give your best. Once you keep playing, you know those things don't keep coming to your mind because you are focusing on that game and trying to win that game for the side," Agarwal explained his mindset during the period.

"You do think about it (selection) but then you are professional and you tell yourself "that's no something you can control". So you move ahead, move on and see what's next for you, prepare for that and once you are in, give your best," he said.

Agarwal feels blessed that he made his debut at the Melbourne Cricket Ground and also crossed every step towards international cricket with flying colours. "I just want to say that whatever happened and whatever kept happening, I feel very, very special. I am very lucky because I made my debut at MCG.

“Every player has to go through scoring runs in Ranji Trophy and doing what he has to do. I did that and I am very happy about that. And I learnt a lot as well. When you play Ranji Trophy for five years and play in all parts of India, you learn a lot from that. You face different situations, and it's always a great learning," he said.

Asked about a flat pitch at the MCG, which showed some variable bounce as the day progressed, Agarwal replied, "I won't complain about the pitch. I thought it was good to bat on. It did do a bit early on and it was slow. And as the day progressed and when we batted after lunch, it got a little quicker.

"Obviously, I didn't think too much about the wicket. I just wanted to stay blank and take it as it comes. I thought while I am at the wicket, let me assess the wicket and see how to go about this," Agarwal said.

Melbourne Cricket Ground Australia vs India 2018/19 Cricket Australia vs India, 3rd Test
Get the latest updates on IPL 2021, IPL Points Table , IPL Schedule 2021 , live score . Like us on Facebook or follow us on Twitter for more sports updates. You can also download the NDTV Cricket app for Android or iOS.