Virat Kohli was dismissed for 82 runs on the second day of the Melbourne Test. 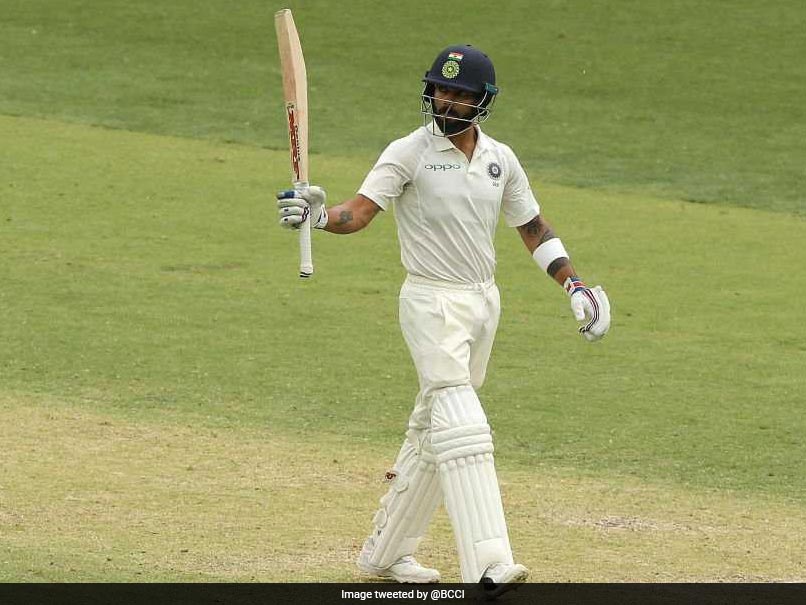 Virat Kohli so far has scored 259 runs in the ongoing Test series against Australia.© Twitter

Virat Kohli missed out on a Test century on Day 2 of the third Test in Melbourne after he was dismissed on 82 by Mitchell Starc. But the fiery knock from the Indian skipper was enough to break a 16-year-old record held by legendary batsman Rahul Dravid. On Wednesday, Virat Kohli surpassed Rahul Dravid to become the highest Indian run-getter in overseas Tests in a calendar. Virat Kohli surpassed Dravid's 1 137 – scored in 2002 – on the second day of the Melbourne Test as India scored a formidable 443 for 7 declared.

Kohli, who already has scored a hundred in the series, has been phenomenal so far in 2018. The 30-year-old scored his fourth Test century of the year during the Perth Test and is currently tied with Sachin Tendulkar (6 hundreds) in terms of most number of Test hundreds scored in Australia.

Kohli was dismissed on 82 in the second session on Day 2 after he was caught at third man, trying to hit the bouncer from Starc for a six.

Before that, Kohli and Cheteshwar Pujarastrung together a crucial 170-run partnership for the third wicket to help India get into a commanding position.

Pujara scored his 17th century in Test cricket on the second day of the Boxing Day Test.

Cheteshwar Pujara
Get the latest updates on ICC T20 Worldcup 2022, check out the Schedule and Live Score. Like us on Facebook or follow us on Twitter for more sports updates. You can also download the NDTV Cricket app for Android or iOS.