Steve Smith and David Warner will be available for World Cup selection as their one-year bans end on March 29. 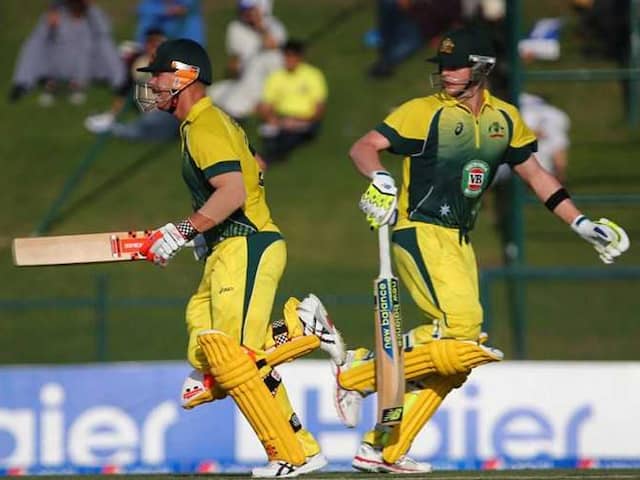 Steve Smith and David Warner have not played international cricket since March 2018.© AFP

Banned former Australia skipper Steve Smith and his deputy David Warner's year-long exiles are about to end and their return can spark the defending champions to World Cup glory, Shane Warne said on Wednesday. The star duo's ban for ball-tampering expires on March 29 and they are expected to be rushed back into their national side ahead of the showpiece tournament in England and Wales, starting May 30. Both Smith and Warner, who recently underwent elbow surgeries, will be vital to Australia's title defence. Australia, once a formidable force in world cricket, have been struggling to live up to their past reputation without their batting powerhouses.

Smith and Warner have not played international cricket since March 2018 and the great unknown is how they will perform back on the world stage.

However, citing his own example, Warne said that the star batsmen will immensely benefit from the break.

Warne was suspended in 2003 for a year after testing positive to banned diuretic drugs.

Many wrote him off, but the leg-spinner quickly bounced back and enjoyed several more years playing at the highest level with the Australian team.

"Sometimes having an enforced lay off - like I'm used to, I had 12 months off myself - what that means is you become really fresh," he told Fox Sports.

"You freshen your mind up, you become hungry again and realise how important cricket is to you."

Warne said both players would also "have a point to prove" when they eventually pad up again.

"That's why I reckon Australia can win the World Cup," he said, despite the team's recent patchy one-day form.

"They'll walk straight back in, they'll be hungry. They'll be a bit nervous in the first few games but that'll be good for them, they'll be excited and I would expect them to play as good as they always have."

Both players are expected to feature at the upcoming Indian Premier League as they tune-up for the World Cup.

Smith only returned to the nets last week from surgery in January after being forced to drop out of the Bangladesh Premier League Twenty20 tournament with a ligament problem.

Warner's injury, sustained at the same event, was less serious and he could play his first game since then for his club side Randwick-Petersham this weekend.

David Warner Cricket Shane Warne World Cup 2019
Get the latest Cricket news, check out the India cricket schedule, Cricket live score . Like us on Facebook or follow us on Twitter for more sports updates. You can also download the NDTV Cricket app for Android or iOS.