On International Women's Day, many athletes took to social media to appreciate the women in their lives. 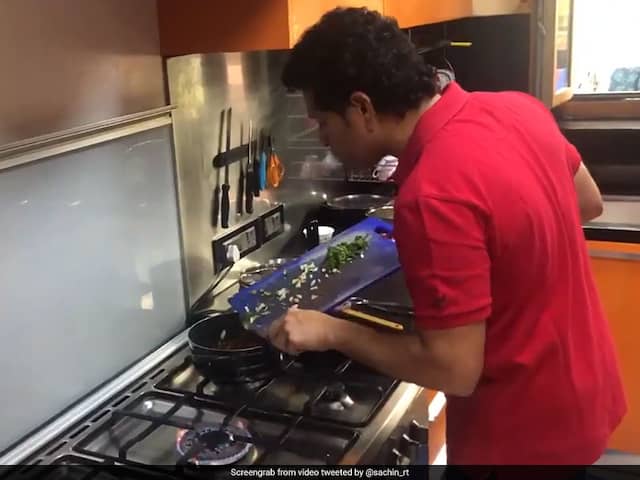 Sachin Tendulkar celebrated International Women's Day on Friday and decided to cook for the most important women in his life - his mother, wife Anjali and daughter Sara. The Master Blaster turned chef to cook baingan bharta, which his mother used to delight him with during his childhood. Sachin Tendulkar shared the video of himself in action on Twitter, saying: "This #WomensDay, let's do something special for the important women in our lives. Join me and share your own sweet gestures of love using #SeeHerSmile Happy Women's Day!"

This #WomensDay, let's do something special for the important women in our lives. Join me and share your own sweet gestures of love using#SeeHerSmile
Happy Women's Day! pic.twitter.com/ouMv0cPiuy

In a two-minute video, the batting maestro, who has 100 international centuries to his name, appeared cooking delicious baingan bharta with much ease.

"Today, I am going to make baingan bharta especially for my mother," Tendulkar said in the beginning of the video.

"This bharta is for Anjali, my mother and Sara. I want my mother to taste this first because she spent hours and hours cooking this for me when I was a kid," he added.

Tendulkar also played a prank on the camera and acted as if he cut his finger while chopping the vegetables for the dish.

The 45-year-old former India batsman was left emotional after his mother complimented him for the dish. "I made baingan bharta, see if you like it. Tell me if tastes like how you make it. Is it spicy?" Tendulkar asked his mother in Marathi.

"No, it turned out well. It's really tasty," she replied.

"That's how mothers are. Even if you fail in any attempt, they never tell you," Tendulkar said, concluding the heart-warming video.